The Re-cover project is a two-day workshop where participants sew raincoats from materials that were not used in the production of clothes of the PAJAK company. The seemingly unnecessary materials can create practical, functional coats. Each coat is an individual and unique project of the participant. Thanks to the use of technological materials used to sew clothing for extreme weather conditions the jackets are very robust and functional. The project has been supported by the Łucznik company from the beginning. After the workshops, ready-made raincoats are handed over to shelters for the homeless. The workshops are preceded by a lecture on the impact of unsustainable production on the environment, the financial situation of people working in sewing shops in the Far East as well as in Europe and the inevitable consequences of “fast fashion”. Re-cover is a developing project - its formula assumes a number of workshops in order to create as many coats as possible.

Founder and designer of the brand under her own name, graduate of the Artistic Design School in Kraków and Law at the Faculty of Law and Administration in Kraków. In 2016, she created “Re-cover”, a workshop on designing clothes for homeless people. The project consists of obtaining materials which were not used in production from clothing companies and sewing raincoats. The first edition took place in the Dizajn Gallery BWA Wrocław and the second during the Gdynia Design Days in 2016. The project is continued and its main partner is the Łucznik company. 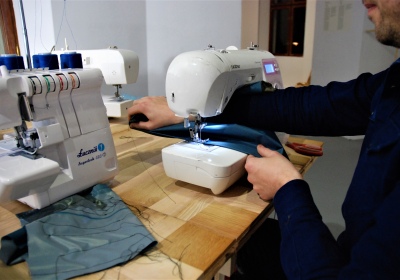 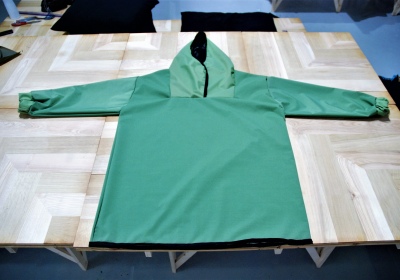 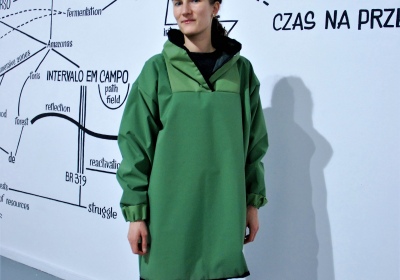 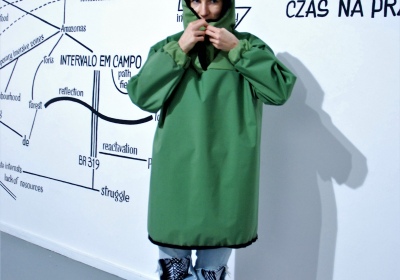 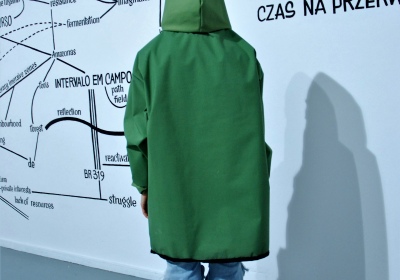