Dido’s Blanket by Centrala was tested during the international curatorial seminar Re-directing: East organized by Ujazdowski Castle’s residency programme in 2016. During the seminar, a group of participants edited an object inspired by furoshiki, a traditional Japanese wrap for transporting things. RDE 2016 Furoshiki helps symbolically to pass on a package of proposals, questions and tools that emerged during a four-week international curators’ meeting spent discussing methods of joint action. The methods used during the meeting included workshop exercises and seminars, as well as shared meals and walks. The discussions served to translate individual experiences into curating, activist, mediatory and educational methods, work with the expanding media and creation of communities. The art genres they used were not only the visual arts but also architecture, urban design, landscape design, dance, choreography and politics. RDE 2016 Furoshiki invites you to further and study the stories it covers without any special order or hierarchy, yields the field to the user and counts on his or her ingenuity. 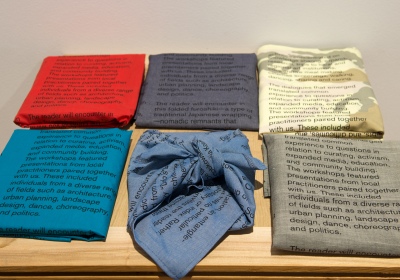 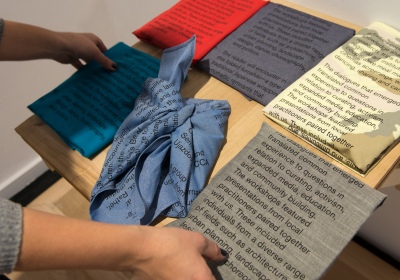 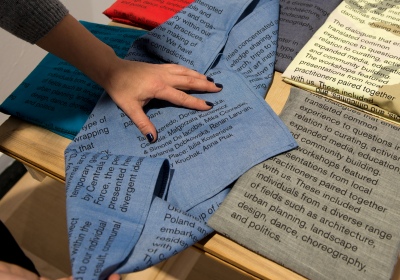 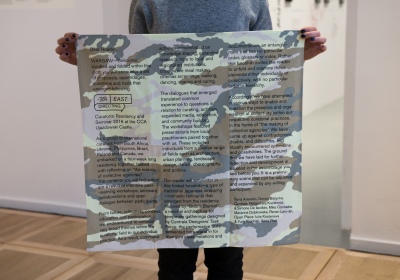