Exploring emergent patterns of music, dance and art, the event brings together artists and choreographers active in deconstructing the frame of the exhibition space. Presented in the context of the public program supplementing Gotong Royong. Things We Do Together, the presentations question the role of the performer within the hierarchy of institutional structures, asking: to what extent is the framing of performative narratives coopted by art institutions and curatorial statements? What is the role of performance in assembling anti-institutional bodies of resistance? And finally what are the paradoxes of anti-institutional bodies performing within institutions? Through a series of playful and radical gestures 3 artists have been invited to respond to these questions. Together, their works will form an ephemeral essay.
Project is generously supported by the Canada Council for the Arts.

Lenin himself applauded Isadora Duncan when she performed in Moscow’s Bolshoi Theatre to celebrate the fourth anniversary of the October Revolution. After she returned to the USA, the Soviets sent her a telegram: ‘‘The Russian government can alone understand you. Come to us; we will make you a school.” Dance, pilgrim, dance... is a choreographic study of 3 dances created by the legendary experimental ballerina Isadora Duncan during this period. The performance was originally produced in the frame of the Solo Project Plus 2017 at Art Stations Foundation by Grażyna Kulczyk.

Amidst the mud I find myself in a fluid echo chamber, a melted cave. A cave of darkness and chaos, a cold blind comforting
underworld, which seems to animate my rabid movements. In this cave of mud and oil, I find no direction to a where or a destination, from the mud on the surface of the cave to the oil in its depths, this is a place of not knowing.

Exploring the transmutation of darker themes through freak death dance, anecdotes about real and fake surveillance and real-time lullabies…

art critic and curator cooperating among others with Hyperallergic, Selections, Frieze Blog and Nero. Interested in wide-range studies covering art practice, sociology and geopolitics. As a curator, he has been involved in numerous international exhibitions and projects at such venues as the Royal College of Art, London; Bait Muzna for Art Film, Oman; and the Maldives National Pavilion at the 55th Venice Biennale.

Through a convolution of science and magic, the works of Lara Joy Evans outpour complex automated responses of a human-like subconscious. This unfiltered subconscious reflects on the confusion of our time, the hi-Tech middle ages, and the constructions and mutations of the signified and the constant repositioning of our understandings of where we are by algorithmic and human handling. I am not a scientist or a wizard or a bot.

Berlin-based dance artist/teacher originally from St. Croix, US Virgin Islands. In 2006, he earned a BA in Dance and Ethnic Studies from Wesleyan University and in 2013, an MA in Choreography from HZT Berlin. He has performed with and for Ligia Lewis, Isabel Lewis, Tino Sehgal, Adam Linder, Liz Kinoshita, Jeremy Wade, Peaches, Faustin Linyekula, amongst others. Justin's current projects include “Forgotten Friends: a grey, or maybe purple Safari” which premiered in Copenhagen March 2017, work with his art boyband: BOYZ in the WOODS, and a new solo: "Toon Up the Middleground" set to premiere at Villa Empain April 2017.

born in Gdańsk. Graduated from the Faculty of Dance and Choreography at the Academy of Music in Łódź; Faculty of Anthropology of Culture at the University of Łódź; and Dance and Choreography at HZT Berlin. Dancewebber 2015. Since January 2013, she has been involved in the Hi Mary project which has been presented in Berlin, Gdańsk, Kalisz, Łódź, Norberg, New York, Warsaw, Amsterdam and Copenhagen. An Artist-in-Residence at Centro Selva in Peru in 2014 and Transeuropa 2015 in Germany. A participant in the Global Practice Sharing program (Movement Research / Art Station Foundation) in New York. She has worked with Rosalind Crisp, Vincent Bozek, Julia Plawgo, Agata Siniarska, Lea Martini, Martin Hansen, Ivo Serra, Eva Tanko, Diego Agullo, Tatiana Kamieniecka, Ulla Zerek, Pere Faura, Karol Tymiński, Marta Ziółek, Gosia Wdowik, and many others. 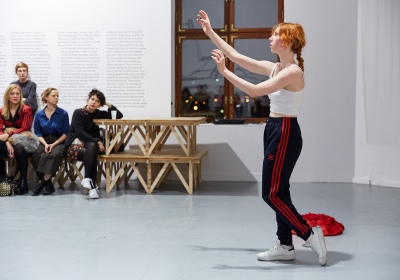 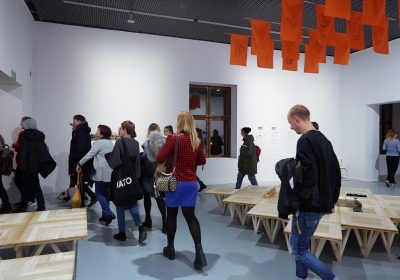 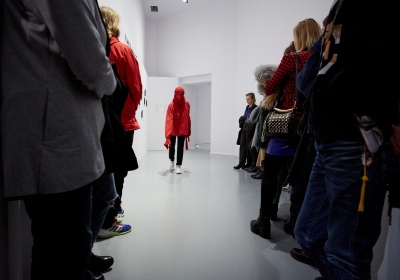 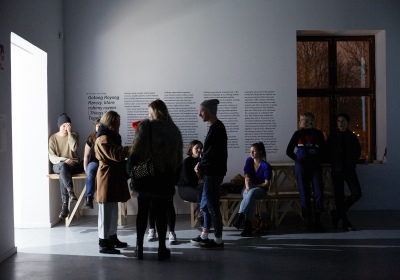 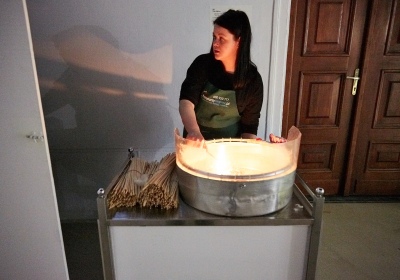 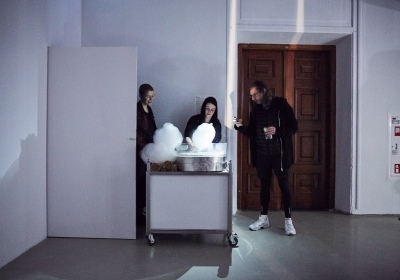 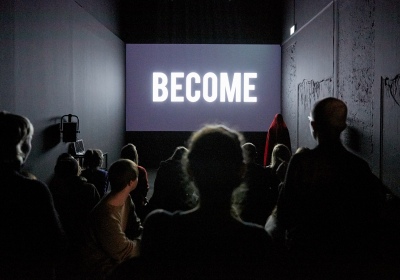 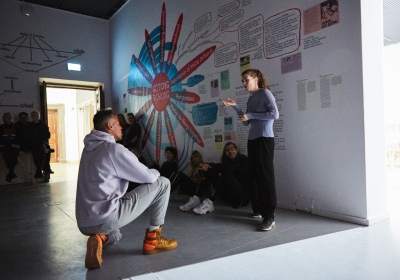 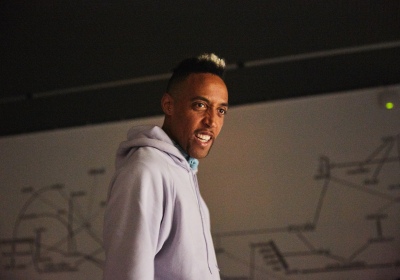 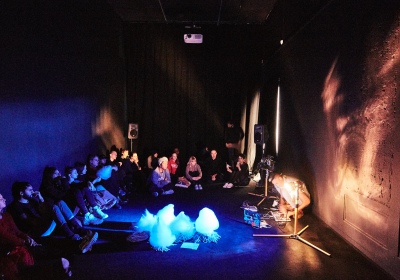 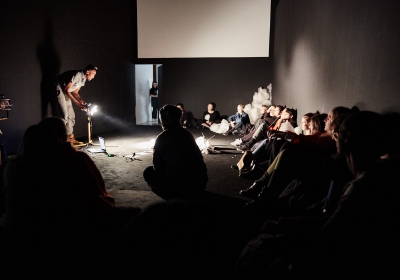 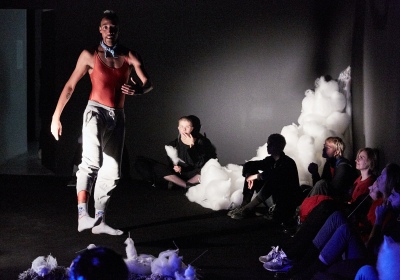 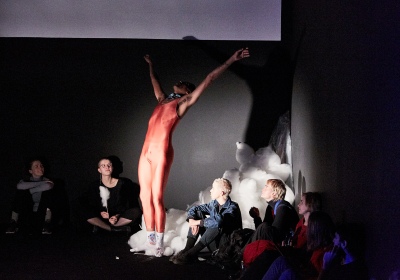 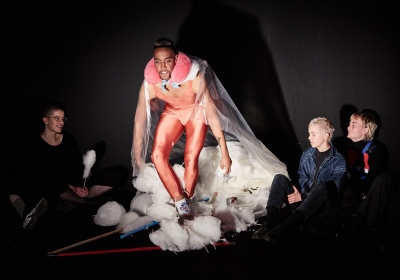 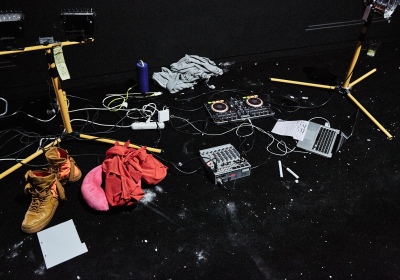 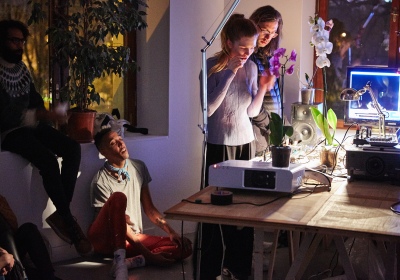 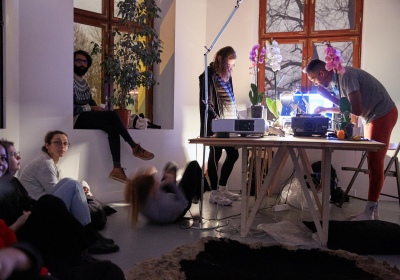 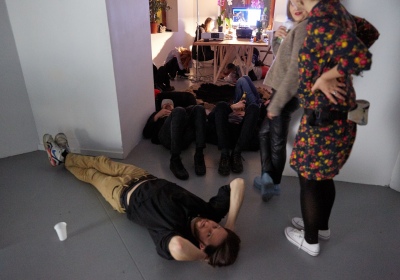