Irwan Ahmett and Tita Salina, artists from Jakarta, Indonesia’s capital, and guests of the residency programme of the Ujazdowski Castle, developed the description and imagery of the gotong royong ethic, finding references to it in their country’s practices. They have spent over a dozen years jointly leading long-term projects in local communities in Indonesia, making documentary films and putting on series of workshops and interventions. Their goal is to improve the local reality and to slow down the predatory market-oriented capitalization and transformation of places. They begin the creative process by asking how art and artists can transform current social conditions and mediate vis-à-vis them. Next, they compose a narrative from the perspective of those who together create the archipelago of cultural approaches, such as collectivism, activism and gestures of defiance. They then interpret them again as a universal reflection, but without becoming trapped in a new exoticization. One of the places in which the artists have worked was the prostitution district in northern Jakarta, where they launched a visual public campaign to promote birth control. In the last few years they invited over a dozen young artists and designers to form an informal community, a team brought together by energy and enthusiasm for their work. During their stay in Poland the artists visited the Camp for Białowieża Forest, which they saw as a radical and ideal implementation of gotong royong, common-cause philosophy. In recent years, this ages-old notion fixed in the Indonesian people’s identity, has often been exploited for political and commercial purposes. The diagrams made by the artists not only bring a deep insight into its history, but also cleanse it of ideological traces. The diagram will be deconstructed in a discursive meeting aimed at expanding and filling it out. Special guest Reinaart Vanhoe, a Belgian artist and researcher who for years has been taking part in and observing the Indonesian art scene, will be present. The meeting will take place in the exhibition space on 24 October at 18.00. A video recording of it will be available on www.u–jazdowski.pl

Irwan Ahmett is an interdisciplinary artist whose work lies between art and design. he and Tita Salina have been running the Ahmett Salina Studio in Jakarta. Tita Salina’s works include elaborate narrative performances as well as videos. She focuses on important global and local issues – from the gentrification of cities to environmental pollution. She transforms documentary video footage into complex epic scenery. Artists have joined forces in long-term projects related to local Indonesian communities by creating documentary films, organizing workshops as well as interventions, and, through this, changing the local everyday life for the better, whilst at the same time slowing down the fierce, capitalistic transformations of places subjected to the laws of the market. They worked together in the red light district in North Jakarta, where they conducted an informational campaign on contraceptives and workshops on architecture and poor-design in the Kampung District (housing-estates of low social and economic status). They spread awareness on the subject of energy consumption in Indonesia, whose hundreds of millions of inhabitants are dependent on scooters and large trucks for transportation. In recent years, along with over a dozen of young artists and designers, they have formed an informal local housing fraternity and project team, which is characterized by energy and enthusiasm for the work they do. 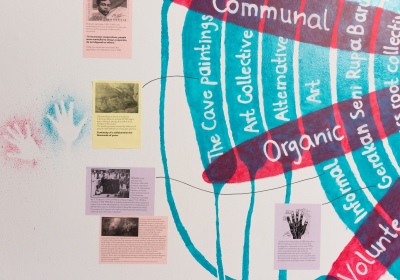 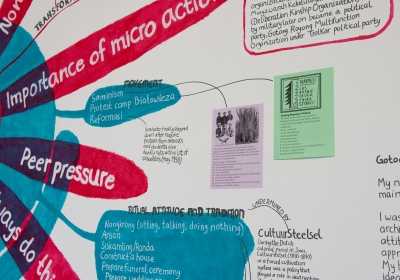 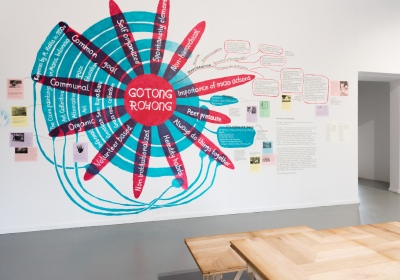