Intervalo-Escola – Time for a break, 2017
diagram on the wall
execution
Anna Czuż

A school break, a recess, a gap in time, digestion, fermentation, imagination, listening, exploring, littering. The interval as a space for what is possible, as a way of creating conditions for something new to happen. This is how Cláudio Bueno and Tainá Azeredo, who created this quasi-institution in 2015, map the space for action and definition of the term Intervalo-Escola. It is a co-operative network of researchers, artists, institutions and others active in the fields of culture and social work. It is a sort of school, which has no teaching method set in stone and no base in hegemonic knowledge, which isn’t a single place but whose doors are open in many places. It operates as a captivating time zone in which various events are provoked, each one by a new group of people coming from that very place and acting with the awareness of the context and specifics of its situation. Intervalo-Escola is based on interactions, while the invited artists—whose artistic practices can be perceived as teaching tools—animate the dynamics of the situation.

The project is based on careful observation of various methods of teaching art and, since its main base of operations in 2016–17 are São Paulo and Amazonia, on defining the role of school as a tool of political and social resistance to the ruthless elimination of public education spaces, including those in villages, and the general deterioration of the Brazilian educational system. The creators of Intervalo-Escola also emphatically distrust the art scene that is anchored mostly in the excessive model, and they build their foundations on the belief in exchanges and processes taking place in an expanded time frame.
For more information, see: www.intervaloescola.org

In this exhibition, Intervalo-Escola will become an academy of young creators made up of artists, researchers and activists living in Warsaw. Together with other participants in the public programme, they are co-hosts of the space in which meetings, debates and other public events will take place. Maciej Siuda’s interior design alludes loosely to the architecture of a school in Amazonia, and is also the place where the group works and where teaching, publication and methodology materials of the artists invited to take part in the project are presented. Cláudio Bueno and Tainá Azeredo designed a diagram, which will serve as a visual-text tool to understand Intervalo-Escola’s research, ideas, contexts and past activities.
Intervalo-Escola is the heart of the exhibition, an experimental lab, a place for meetings and dialogue, and a space where invited guests can present their diverse ways of thinking and acting. A school based on experience and practice and a critical platform which maps and develops methods of learning within art, Intervalo-Escola is also a team of mediators who help to understand and experience doing things together.

Curator and activist from Brazil, who for the past four years has been involved in organizing a grass-roots school in the Amazon jungle. She works there with a group of artists, architects, activists, local community, and also local administration. She completed her studies in Dance and Performing Arts, Art History, Criticism and Curatorial Studies. She was a curator of exhibitions as well as editor of publications. She managed projects at the Crossway Foundation, coordinated the program Create & Inspire – Brazil for young artists from Arab countries. Azeredo was the director of the independent art space Casa Tomada in São Paulo, Brazil, where she developed networking programs. She investigates the concept of joint work, horizontal thinking, and she treats the curatorial practice as a territory to provoke discussions, meetings and debates around the art field. Resident of U–jazdowski under the program Re-Directing: East. 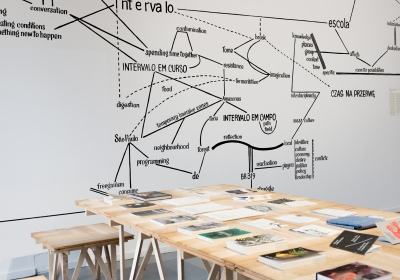 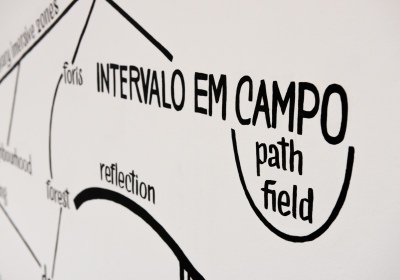 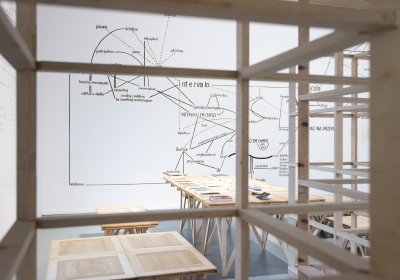