This Canadian writer, critic, curator and artist currently in residence at U– jazdowski, is primarily interested in expanding the space for dialogue. Batycka will be present in the exhibition space for the duration of the show. He will be involved by writing, live, his book Nonlinear Art in Nonlinear Times, meeting, conducting research, also about participants’ choreography, conducting interviews and talking with the other participants and with guests. Together, through their presence, they will create horizontal relations between other works and micro-organisms in the exhibition and the public programme. The meetings will take place as bodies, physical interactions, one-on-one exchanges and transcending art as a physical object.

Batycka’s second project, which was prepared for this exhibition together with Scott Horlacher, is Kineticoin. Creating a new registered crypto-currency without a national affiliation, bypassing banking systems and convertible to bitcoin, the best known internet currency operating since 2008–2009, is a way to insert something of incalculable value—participation in culture—into circulation. Time will become the denomination of Kineticoin, the role gold plays for monetary currencies. Engaging in matters of immeasurable value and presence (bodily movement) in art space will generate income. Every visitor to the exhibition will be able to use the pilot version of this programme, register a digital wallet and take part in creating the installation; every time the motion sensors detect him or her, Internet coins of real value will appear in their wallet as evidence of their work.
Dorian Batycka and his collaborators are preparing a workshop for children in the family refugee centre in the Targówek district of Warsaw.

Art critic, curator, performer and frequent contributor to numerous publications, including Hyperallergic, Selections, Frieze Blog, and Nero. His interests are investigating intersectional issues stemming from relational aesthetics, social movements, and geopolitics. As a curator, he has been involved in numerous international exhibitions and projects at venues such as: the NSK Pavilion at the 57th Venice Biennale; kim? Contemporary Art Centre, Riga; Royal College of Art, London; Bait Muzna for Art Film, Muscat; and the Maldives Pavilion at the 55th Venice Biennale. Since October 2015, he has been employed as a curator at Bait Muzna for Art Film(BMAF), which is a new institution located in Muscat, Oman. The mandate of the institution is to explore discursive developments in contemporary art and film, with a focus on the Arab world. 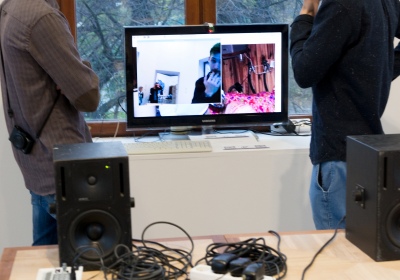 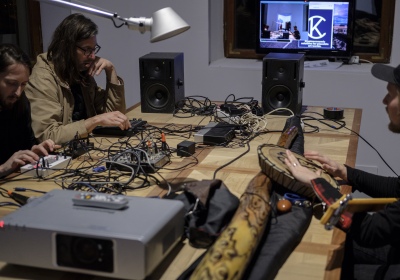 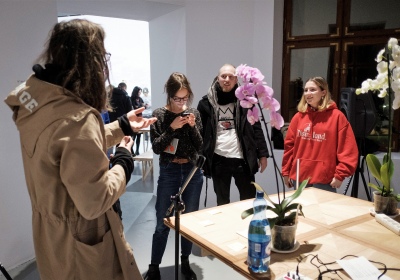 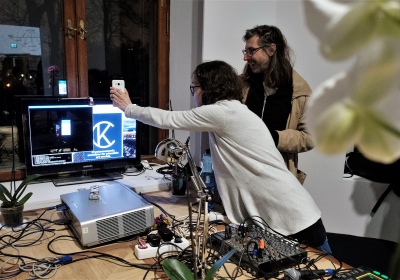