Open Place is an art platform created by two artists from Ukraine. During their residency at U–jazdowski they worked with economic migrants from beyond Poland’s eastern border, Belarus and Ukraine. They conducted extensive research, led workshops and meetings, and recorded dozens of stories to make a series of posters. The documentation of their work is shown in the Intervalo-Escola space (02), and their linocut workshop operates in the exhibition space as a place to meet, discuss and work together on a shared poem about the situation of immigrants and its representation by the linocut technique.

The immigrant condition observed by Open Place paradoxically has not changed in years and is free of cultural contexts. The first theme that emerged in the research was the search for a better future, and how much a change in context makes it possible. The second was the physical labour performed by arrivals from less developed countries. It is represented here in the form of shared creative work, during which the discussants will address the key themes and develop a joint position. The themes that emerged during the research were psychological violence, the instability of one’s position in society, restoring one’s agency and defining corporatizing relations among people. Can the group formulate a joint manifesto, develop a shared hierarchy of values and establish priorities over individual preferences?

The project attempts to go beyond context and personal experiences to create a universal manifesto understandable to the grand public. It explores and broadens the model developed collectively as a series of impulses coming from different sources, which build up into a joint communiqué in the course of the discussion. The communal work, in which all visitors are invited to take part, aims to integrate problems, themes, controversial issues and various points of view into a single work. The artists have stated their goal as building a universal dialogue tool that can strengthen civic engagement.

Yulia Kosterieva and Yuriy Kruchak, working together with the Polish poets Maja Staśko and Michał Kasprzak, will lead public workshops with visitors in the exhibition space on 21–22 and 28–29 October. 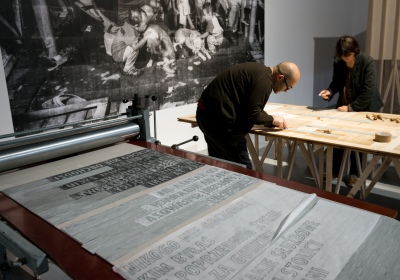 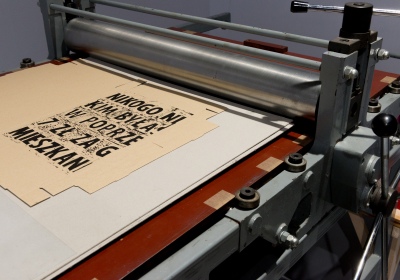 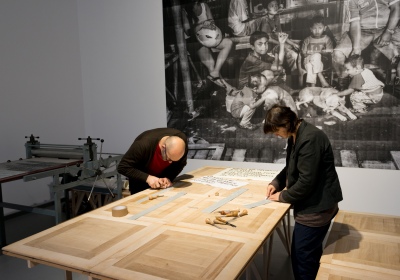 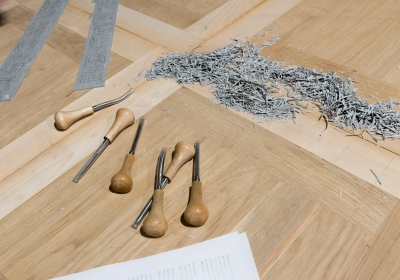 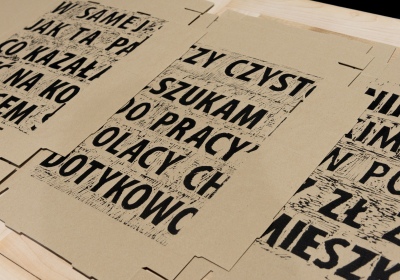