During his stay at the Jatiwangi art Factory in Jatisura village in Indonesia, Robert Kuśmirowski worked together with the farming community, people who work in the clay mine and ceramic tile, brick and roof tile factory. The performances and outdoor sessions resulted in a series of photographs. They allude to colonial-era photographs, when only powerful figures were depicted in this way, posing to reflect the community’s structure and hierarchy. Today’s pictures of the work tools (bodies) covered in the object of work (clay) form an unusual ‘monument to workers’, to ‘ordinary people’ in extraordinary circumstances. The title Breadwinners, as Kuśmirowski called his collaborators, underscores their true social role in contrast to how they are presented on the photographs as perfect and healthy bodies in majestic poses. Their work is crowned with an image inspired by the visual culture of the cult of the working man going beyond the local, local colonial history and contemporary contexts of the dramatic modernization of the socioeconomic landscape of West Java.

Performer as well as author of installations, objects, photographs, and drawings. For the most part, his works are based on the reconstruction or copying of old objects, documents, photographs or on the creation of delusively similar imitations. Often, they do not possess a specific prototype, but only evoke the material culture of a certain time. In his larger installations, objects accumulate and form hardly apprehensible collections.
This is how Kuśmirowski returns to the issues of memory, history and nostalgia that accompany the visual culture of the far and recent past, slowly disappearing under its new layers. He studied in the artistic department of the Institute of Fine Arts at the Marie Curie-Skłodowska University in Lublin. 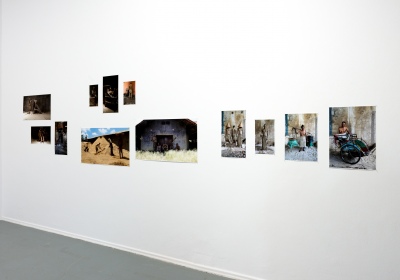 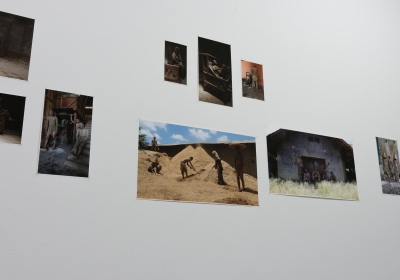 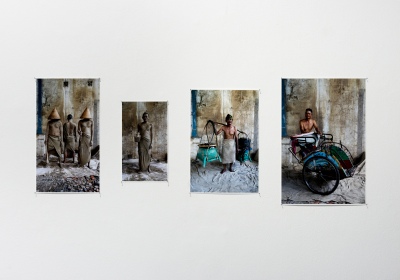