Cooperative Spółdzielnia Ushirika is a socio-artistic project by Alfa Omegi (or Alicja Wysocka, its author), Razem Pamoja Foundation and the people of Mathare Valley. In Swahili, Ushirika means community, interest group, cooperative, organization, society and cooperation. Its formula alludes to the tradition of cooperative movements based on collective work, exchanging experiences and growing together. The cooperative’s work is not only production, but also the ethics of production. It means shared responsibility for the production and distribution processes. It means negotiating for a different work method within the existing system. A production and a sales lab.

Collective work is the foundation of the cooperative’s functioning, thanks to which its members share ideas, learn new skills and develop their creativity. This behavioiur goes back to tribal traditions from this part of the world, by which conversations and shared daily meals accompany work.
In contrast to a typical factory, work in the cooperative does not consist of passively reproducing ready-made designs. Its members decide together what the final form of their products will be.

Exhibition visitors will be able to see notebooks from the cooperative filled with notes by its members, Alicja Wysocka’s ink drawings on paper (of the female members of the cooperative) and abstract drawings by Diana Adhiambo, a worker who was encouraged to draw by Wysocka. The video presents a performance that took place a few months into the cooperative’s work. It was a Ushirika manifesto inspired by a poem about the emancipation of women. The poem by Adhiambo was translated into Polish and put out as a book, which can be seen in the exhibition.
> During the exhibition the poem by Diana Adhiambo and Ushirika products (rucksacks, bags) may be bought in a special stall put on with Razem Pamoja Foundation in the Art Bookstore to the left of the entrance to Ujazdowski Castle. They include items designed by Małgorzata Markiewicz and Joanna Rajkowska who collaborated with Ushirika members.
www.ushririka.pl

Alicja Wysocka will meet with the public in the exhibition space on 21 October.

She studied at the Academy of Fine Arts in Kraków, the School of Design and Crafts in Gothenburg and the Vrije University in Brussels. She defended her diploma at the Academy of Fine Arts in Poznań. She completed her studies in the Department of Cognitive Science and Philosophy of Mind at UPJP2 in Kraków. She works within Alfa Omegi (www.alfaomegi.com). Alfa Omegi implements projects on the borderland of art, design and social activism. It utilizes the experiences of artisans, craftsmen, and draws inspiration from local traditions. Its work is not about the promotion of people, but rather the effects of joint work. Alfa Omegi’s operation consists of making alliances, in which everyone has the same voting rights. The name was inspired by the Omega Workshops, a group founded by artists, designers and writers in London in 1913 who believed that by sharing their skills they would gain more autonomy and would be able to be free of institutional assistance. 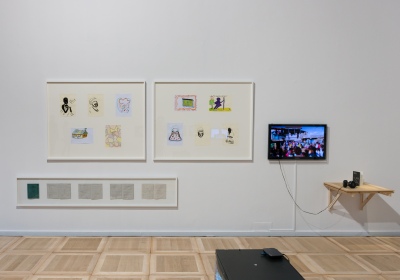 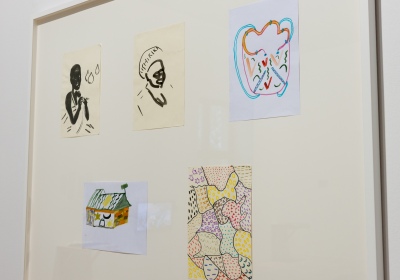 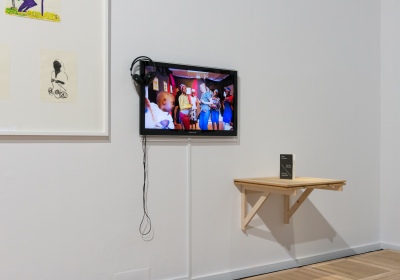