This Poznań artist and performer took part in Social Design for Social Living project in Jakarta, organized by Ujazdowski Castle. Starska had become aware of the gradual disappearance of shared street activism, and addressed it during her residency. She created a series of videos and photographs of integration around an object created for this purpose, which resembled a volcano and which was used for the collective smoking of tobacco, a powerful ritual in the lives of the Javanese. She did it in street happenings and workshops with the people of the kampungs in central Jakarta in the summer of 2016. The invention, whose conceptual design we show here, took on its final form through conversations with its users and became a symbol of the force that the shared production of things can become.

Two videos document the outcomes of activities with the community of Komunitas Pasir Putih—artists and activists working on the island of Lombok in Indonesia—and accidental passersby the artist received in the summer of 2017 as she worked together with the psychotherapist Iwona Jóźwiak. The starting point was Starska’s understanding of animism in Javanese culture precisely as gotong royong, the feeling of unity, permanent exchange, mutual support, actions to attain prosperity for everyone and respect for all beings, which incessantly adds unexpected qualities to life. It creates a sense of safety and mutual trust, an atmosphere of general respect and understanding of others’ needs which makes minds prosper. Starska’s work consisted of non-stop meetings with people who could share their knowledge and together experience everyday life.

The Bracelet action involved creating an enormous woven bracelet to resemble one of the most common objects sold in the streets. It aimed to connect the population of the coastal areas with the entrepreneurs and tourists who are colonizing it in a caring about this place as it was prior to the construction of the port, in allowing it to serve as a meeting place for all communities, much like parks do in Europe. In the common project, the aesthetics of the object was less important than the fact of its joint creation and the story that grew around it to survive here for a long time. The action Celebrating rubbish asks whether the animist state of the spirit can be shared only with the animate world or also with the inanimate matter created by man, such as plastic, which in the form of trash changes the environment. In their shared celebration, which included music and a procession resembling classic rituals, the participants cleaned up their neighbourhood and built a sort of monument to their work. In the Intervalo-Escola space we also present a small publication that is a record of the conversations between the artist and the psychology expert who accompanied her to Indonesia.

Author of drawings, performances, and installations. She graduated from the Poznań Academy of Fine Arts. At the turn of 2007/2008, she set forth
on a half-year trip to study the culture of South America. She has been a member of the Penerstwo group since 2008. In 2010, Starska received
a scholarship from the Budget of the Minister of Culture and Arts and in 2014, the Young Poland scholarship. Student of Interdisciplinary Doctoral
Studies at UAP in Poznań, where she has been working in the Intermedia Department since 2016. Author of many national and international exhibitions as well as social and performative projects.

An artistic community from Pemenang, Lombok, Indonesia. Founded by two brothers, Muhammad Sibawaihi and Muhammad Gozali, who, together with a group of local activists and invited artists, using the tools of art, journalism, and communication, create an art education program for the community. Every year, a team of people centered around Pasir Putih co-create the art festival Bangsal Menggawe, which takes place in a port bay by the ocean. 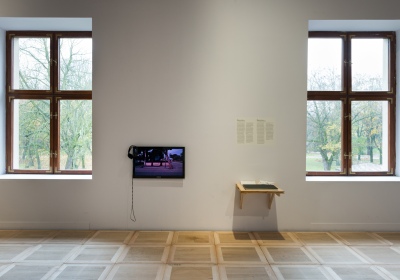 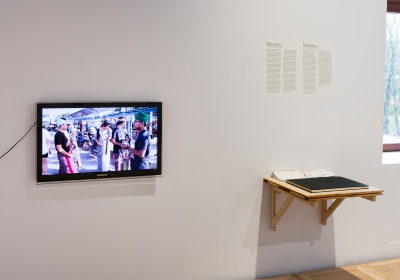 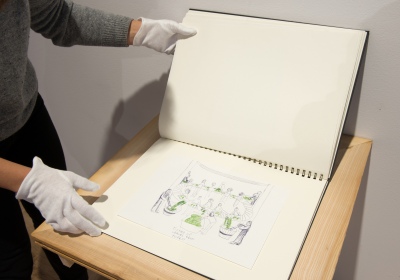