During the Social Design for Social Living programme in Jakarta, this designer, activist and educator worked together with the government agency LBH Jakarta, one of whose jobs is to lend legal assistance to excluded social groups. Photo documentation of the activities initiated by Iza Rutkowska and LBH presents ad hoc public actions in the summer of 2016 in the streets of central Jakarta. They were a part of the Social Design Academy created in the frames of the Social Design for Social Living exhibition in the National Gallery of Indonesia in Jakarta. In the several days of workshops and street actions using inflated letters, the working group performed in several important places in Jakarta, in public spaces, with political references and relaying important messages to the people of the city, the ordinary people. The exercises in the workshops were to give the participants tools to communicate their needs publicly and to reach social goals.

The pictures chosen for the exhibition document the actions with the kampung inhabitants. The sign Berami belok held over the polluted water by community activists means murky water, and in this context is ambiguous, since it also points to the violence of swindling of which the poorest citizens are the victims. Another action by the Social Design Academy was to arrange inflated letters into the word ‘traffic jam’, which people on scooters carried at rush hour. Iza Rutkowska also led a workshop with the initiators of the Kamisan rallies (kamis means Thursday in Bahasa Indonesia) put on weekly to remember the historical wrongs and abuses, which include political murders under the dictatorship of Suharto still not addressed by the current government. Every week family members of the victims of the government’s brutal smothering of student protests in 1998 during the systemic transformation in Indonesia organize a silent protest. They carry black umbrellas outside the presidential palace in Jakarta to demand memorializing the victims and making the responsible parties answer for their deeds.

During the workshops with Iza Rutkowska, the group appeared at the protest with the slogan Jangan Diam – No more silence made out of inflated letters outside the National Gallery. Their photograph was placed on a billboard outside the National Gallery where it remained for the duration of the Social Design for Social Living show. This action, much like all LBH activism, is a paradoxical form of making a taboo exist in a space that legitimizes tabooization.

Artist, animator, and manager of culture. Founder of the Forms and Shapes Foundation (www.formyiksztalty.pl) and School of Practical Science (www.szkolanaukpraktycznych.pl), director of the film Podwórko im. Wszystkich Mieszkańców [The All Residents’ Yard]. She cooperates with municipalities, non-governmental organizations, cultural houses, and art institutions in Poland as well as abroad. Her projects were carried out, amongst others, in collaboration with Zachęta, Ujazdowski Castle Centre for Contemporary Art, National Gallery in Jakarta, and Museum of Modern Art in Bologna. Rutkowska’s activities, which are on the confines of architecture, design and performance, focus on giving public spaces new forms and shapes. They engage people from all walks of life and of all ages. They are transitory, but more often they transform into a long process of local integration. 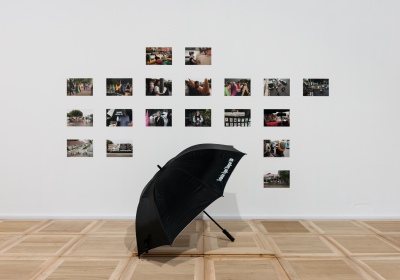 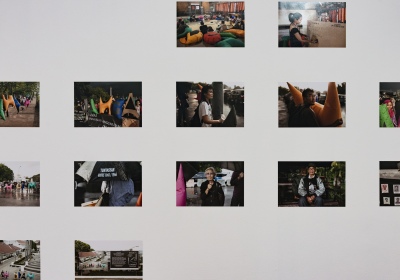