Imani Jacqueline Brown’s practice encompasses her interests in art and culture, research, history, and community organizing. She is a co-founder and leader of Blights Out, a collective of artists, activists, and architects who seek to demystify and democratize the system of housing development and expose the policies that lead to gentrification in New Orleans.

Blights Out for Mayor

Why is our public space occupied by billboards pushing ads for crank lawyers, liquor, guns, and politicians without platforms? What if billboards were blank canvases for public visioning – examining history, declaring values, proposing policy, and stretching our imagination? Blights Out has launched two projects, Blights Out for President in 2016 and Blights Out for Mayor in 2017, that hijack the aesthetics and spatial strategies of election propaganda to create a suite of yard signs and a year-long series of rotating billboard designs calling for a Truth and Reconciliation process to redress Gentrification. These messages seek to expand the horizon of our political imaginary, calling us to reevaluate our society’s relationship to property, land, and money. They are calls to action, calls to #PutHousingFirst. Because politics and policy neither begin nor end at the ballot.

In our contemporary society, many words that once empowered us – words like “democracy” and “freedom” – have been stripped of their meaning, confused, weaponized. Blights Out recognizes that if we cannot share a foundational definition of words, we can never reach a shared analysis. The Living Glossary offers expanded definitions for the vocabulary of housing development. Moving beyond legal or “official” definitions, the Glossary explores the historic origins of the terms, the socio-political contexts that activate them, and oral histories from individuals whose lives have been affected by the concepts, providing living fullness to terms and concepts such as: “auction”, “blight”, “community”, “development”, “gentrification”, “property”. “Auction”, featured here, is the first completed definition.

Imani Jacqueline Brown will organize a series of kaleidoscope conversations entitled Truth as Theatrical Fiction every Thursday on November at 4 p.m., in the gallery space. See special events in the public programme of Gotong Royong. Things We Do Together.

New Orleans native, artist, activist, researcher who works to expose the layers of oppression, injustice, resistance, and refusal that make up the aggregate of our society’s foundational stones. She believes that art can drive policy, and orients her practice toward the ever-elusive flicker of justice on the horizon, knowing that our world cannot find balance until social, ecological, and economic reparations are won. She works as a Director of Programs at Antenna, New Orleans, is a co-founder of Blights Out, and a core member of Occupy Museums, whose project “Debtfair” was featured in the 2017 Whitney Biennial at the Whitney Museum of American Art, New York. Her writing has been published in a.ot. “Pelican Bomb,” “Krytyka Polityczna,” “Shelterforce Magazine,” and “Printed Matter’s” Artist and Activists series. She graduated in Visual Arts and Anthropology from Columbia University (2010). 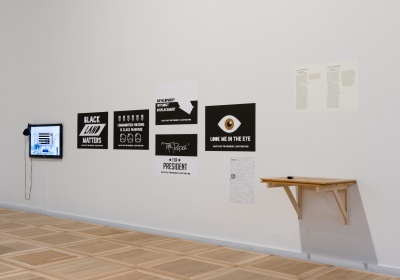 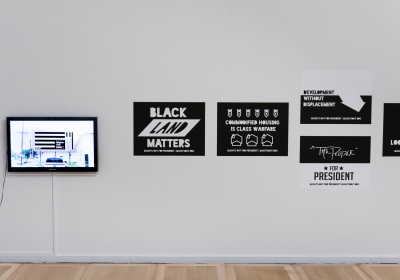