Dido’s Blanket made by Warsaw architects is an offer of micro-architecture to stimulate a meeting (maximum 14 people at a time), a performative object to help exhibition visitors interact. Dido, a wanderer, leader of the people of Tyre who are fleeing for unclear reasons after the locals agree to allow colonialists to use as much land on the North African coast as could be covered by an ox’s hide. Dido cut the hide up into narrow strips to cover a whole hill with it, and the city-state of Carthage was founded. The designers wanted to create minimalistic architecture covering the common area to use for a meeting. The prototype of the blanket was made during the architects’ residency at Akademie Schloss Solitude (Stuttgart).

Centrala was established in 2001. Today, the core architects of the group are: Małgorzata Kuciewicz, Jakub Szczęsny, and Simone De Iacobis. They perceive design as a creative process that cannot be separated from contemporary philosophical thought and other forms of arts. Centrala is devoted to broadening the field of architecture debate, inspiring interdisciplinary architectural and design activities, as well as creating artistic projects aiding critical statements on Polish space. A new understanding of space is part of the exhibition projects that they develop: reception of an exhibition can be influenced greatly by the sole arrangement of the exhibition space. They designed, amongst others, the Polish exhibitionat Triennial di Milano in 2016, creating “spatial relief,” being a reference to the experimental exhibition projects of Oskar Hansen and Wojciech Zamecznik, which they realized in Milan in the mid-twentieth century. 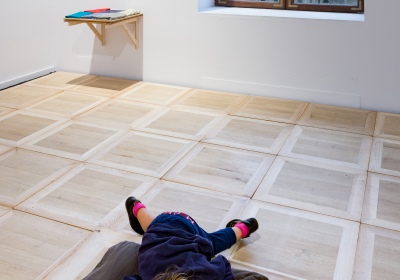 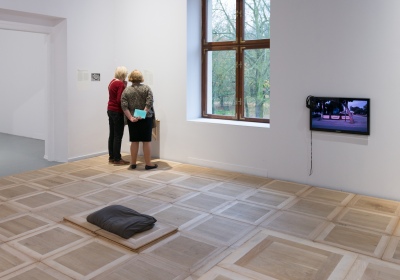