Intervalo-Escola – Time for a break

A school break, a recess, a gap in time, digestion, fermentation, imagination, listening, exploring, littering. The interval as a space for what is possible, as a way of creating conditions for something new to happen. This is how Cláudio Bueno and Tainá Azeredo, who created this quasi-institution in 2015, map the space for action and definition of the term Intervalo-Escola. It is a co-operative network of researchers, artists, institutions and others active in the fields of culture and social work. It is a sort of school, which has no teaching method set in stone and no base in hegemonic knowledge, which isn’t a single place but whose doors are open in many places. It operates as a captivating time zone in which various events are provoked, each one by a new group of people coming from that very place and acting with the awareness of the context and specifics of its situation. Intervalo-Escola is based on interactions, while the invited artists—whose artistic practices can be perceived as teaching tools—animate the dynamics of the situation.

In this exhibition, Intervalo-Escola will become an academy of young creators made up of artists, researchers and activists living in Warsaw. Together with other participants in the public programme, they are co-hosts of the space in which meetings, debates and other public events will take place.

Intervalo-Escola is the heart of the exhibition, an experimental lab, a place for meetings and dialogue, and a space where invited guests can present their diverse ways of thinking and acting. A school based on experience and practice and a critical platform which maps and develops methods of learning within art, Intervalo-Escola is also a team of mediators who help to understand and experience doing things together.

Participants of Intervalo-Escola – Time for a break

Graduated from the Faculty of Architecture of the Białystok University of Technology. Currently studying at the Faculty of New Media Arts of the
Academy of Fine Arts in Warsaw. Active Member of the Committee of Defense of Tenant’s Rights and the Consortium for Postartistic Practices.

Almost graduated from the University of Warsaw. Currently studies at the Faculty of Management of Visual Culture of the Academy of Fine Arts.
For years he has been working as a producer and organizer of theatre festivals (having a very special relationship with the infamous Malta Festival in Poznań), film festivals, and concerts. Recently started an internship at the Museum of Modern Art in Warsaw and joined the Consortium for Postartistic Practices. He’s interested in politics, algorithms, urban studies, and cooking.

Lawyer, activist, feminist, student of sociology at the University of Warsaw. Co-founder and activist of the grassroots student movement “Engaged
University.” Engaged in the anti-discriminatory section of this movement and in a “service learning” project aimed at researching and solving of
foreign students’ problems, refugees included. On a daily basis, she works in an NGO fighting for reproductive  rights enforcement. Interested in urban studies.

Graduated in Management of Visual Culture from the Academy of Fine Arts in Warsaw. Co-curator (with Ola Rusinek) of the exhibition Decadence/
Gift shop organised inside the club-café Eufemia. Starting in October, she will develop her interests in urban studies by doing a master’s degree at the Institute of Applied Social Sciences of the University of Warsaw.

Cultural anthropologist, feminist, graduate student of the Institute of Polish Culture (University of Warsaw). She spent a year at Freie Universität Berlin, working mostly on performance archives and the art of protest. Currently, her research interests focus on microhistory and working class culture. She is conducting field research among the former workers of FSO (Polish automobile manufacturer). She collaborates within the grassroots student initiative “Engaged University”.

Visual artist, performer, activist. He studies at the Media Arts Department of the Academy of Fine Arts in Warsaw. Artist manifests the influence of shamanism (ritual trance dance and music, singing and rituals) with intermediate techniques (object, installation, performance, painting). In his artistic practice, significant is the creation of a common experience at a given moment with a local community.

Socio-cultural animator, local activist, an initiator and participant in the majority of social projects led by “Friendship Neighbourhood” in the Bemowo district of Warsaw. Cooperates with young Belarusians and Ukrainians, with an interest in speaking the Russian language. Co-curator (with Agata Grabowska) of this years exhibition “Decadence/Gift shop” organised in the club-café Eufemia. (Almost) a graduate student of Visual Culture Studies from the Academy of Fine Arts in Warsaw.

Graduated from the Faculty of Intermedia at the Academy of Fine Arts in Kraków and the Faculty of Media Art at the Academy of Fine Arts in Warsaw (diploma entitled “Nowacy” 2017). In her artistic practice, she focuses on activating/hacking the community within the non-artistic system. She believes in the effectiveness of art. Winner of the Critics Award (Best Diploma of the Academy), Grand Prix (Young Wolves ‘16), 1.miejsce (In
Out Festival), and Audience Award (Transmission Video Art Festival). In 2015, Shostak established one of the Polish Guinness Records. She holds the official volunteer certificate of World Youth Day 2016. She has participated in numerous festivals and exhibitions, among others, The European Biennial of Contemporary Art Manifesta 11 (Zurich); Draft Systems Biennale Wro (Wrocław).

Dancer, performer and cultural manager. Member of the artistic collective Laboratorio in Madrid, where she took part in many productions and
dance-theater performances as well as dance improvisation cycles. She also participated in projects on the crossroads of art and scientific research
at the University Carlos III in Madrid. Engaged in social and artistic activities with children and immigrants in Madrid. She’s trying to bring contemporary dance language to people with limited access to art (Veranos singulares project in the province of Madrid).

After receiving her BA degree in fashion design in Kraków, she moved to Warsaw to study Visual Culture at the Academy of Fine Arts. Struggles
to make a living working in the field of culture; currently she works as an audience assistant and exhibition guide at the Museum of Modern Art.
Active member of the Consortium for Postartistic Practices. She’s interested in feminist practices situated on the fringes of art and activism.

Sociologist, just finishing his MA in Sociology from the University of Warsaw. In his free time, he works at “Uniwersytet Zaangażowany” (Engaged
University), an organization that focuses on fighting all kinds of inequalities (including racism, sexism) at university and its surroundings. Strongly believes that social diversity is one of the most important, and, on the other hand, one of the most controversial topics nowadays. Member of the first Service Learning Project in the history of polish universities. Cooperates with students from Berlin and Northampton on the topic of fighting social exclusion. Member of multi-universities group that tries to implement the anti-discrimination law in all of Poland’s 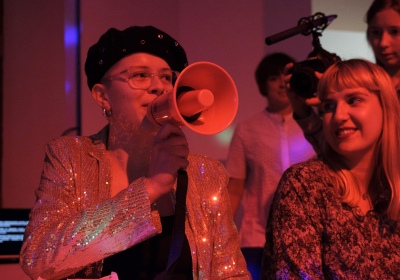 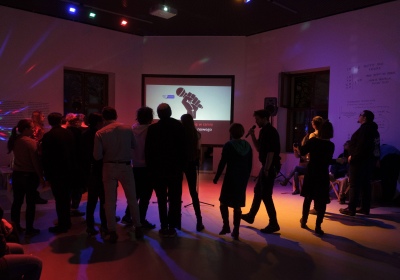 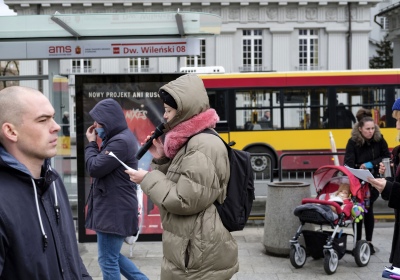 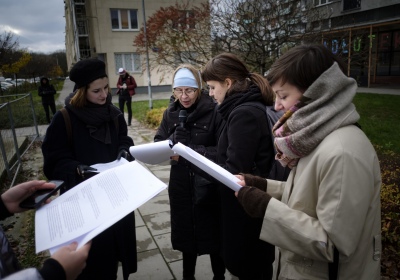