The Man Who Killed Don Quixote

After 25 years of chasing shadows, The Man Who Killed Don Quixote – a comedy as nutty as a fruitcake, and at the same time, a legendary project of the co-creator of Monty Python's Flying Circus – finally comes to theaters. It's a dream project, for which Terry Gilliam devoted the last 25 years. Adversities often interfered with his plans and interrupted production.

A bored commercial director (Adam Driver) is sent to a film set in Spain. As a result of a surprising confluence of events, he ends up in a small village, where one of the residents (Jonathan Pryce) lives in the belief that he is Don Quixote. Both heroes are then shortly connected by a series of wild adventures, which will allow one of them to re-evaluate their lives, and the other to realize seemingly unreal dreams. 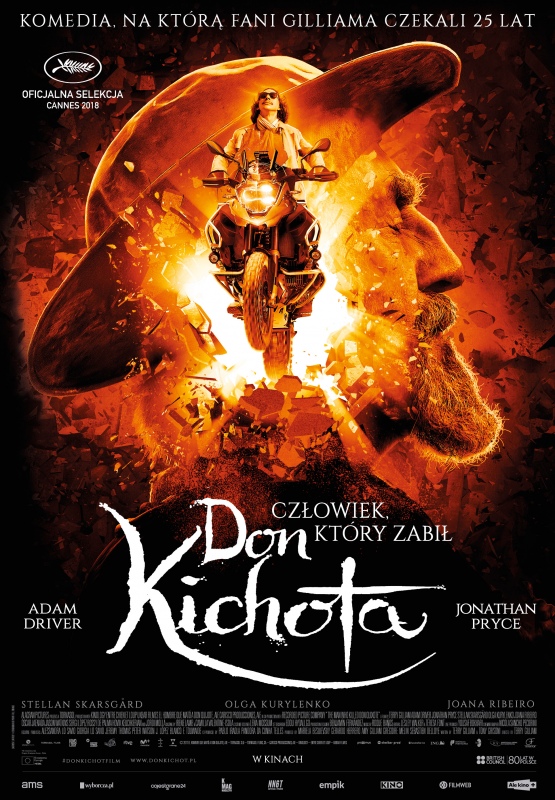