Imagine each breath an utterance: in and out, a repetition of equally sensual and semantic force. In Mouth to Mouth, Slavs and Tatars mid-career survey, the traditional flow of information and affect is scrambled and squeezed through organs, orifices and body parts not usually designated for such use.

Defining an area east of the former Berlin Wall and west of the Great Wall of China as their remit, Slavs and Tatars repeatedly creolize, craft and collide a political and imagined geography to topple our brittle notions of identity, language, and beliefs. . Throughout their ten-year practice, the artists have turned to Turkic language politics, medieval advice literature, the relationship between Iran and Poland, and transliteration, to name but a few of their areas of research. A region sandwiched between empires (Russian, Byzantine, Persian, to name a few), ideologies (Communism and political Islam), not to mention the Abrahamic faiths, Eurasia becomes a foil to an understanding of ourselves as multiple subjectivities.

The artists’ work–from sculptures to lecture performances, installations to publications–similarly overturn the traditional hierarchies of understanding, seeing, and listening. Slavs and Tatars are keen to free knowledge from the Enlightenment confines of the mind. Their Kitab Kebab series offers a digestive approach to reading as opposed to the strictly analytical. A sculpture often leads to a book to be read on a carpet that drops us off at the feet of an old man riding backwards on his donkey.

The artists repeatedly turn to Molla Nasreddin–the transnational folk figure found from the Balkans to China and down to Somalia–for his distinct mix of high and low registers, mysticism and humour. The Muslim world’s answer to the Brothers Grimm or La Fontaine’s Fables, Nasreddin is often portrayed sitting backwards on a donkey. For Slavs and Tatars, grammar is philosophy, but so too is posture: they see in the 12th Sufi wise-man and fool a model of anti-modernism. Where progress  is joined at the hip with a concern for the past.

Translation, in the artists’ practice, signals not only an exchange of meaning between languages but also a transmogrification of experience, from the written page to the woven carpet, from the eyes to the ears and back to the mouth. The conversion of scripts, the rendering of rituals become so many forms of hospitality: Jesus is praised in Arabic, often considered the sacred language of Islam; a Miłosz poem is sung in Persian, sharing the best practices of poetry as resistance to autocracy.

In the title of the exhibition and throughout the works, the method of resuscitation shifts from urgency and expediency into a means of union and trade. Mouth to mouth–an act of desperate measures–activates history, while reading is returned to its collective, sacral origins.

Ujazdowski Castle Centre for Contemporary Art débuts Slavs and Tatars’ mid-career survey, the first time a selection of works across the artists’ five various cycles of research are presented: Régions d'être, The Faculty of Substitution, Friendship of Nations, Kidnapping Mountains, and Pickle Politics.

Mouth to Mouth will travel to the Pejman Foundation in Tehran in April 2017, Salt Galata in Istanbul in June 2017, CAC Vilnius in September 2017, Museum of Contemporary Art, Belgrade in November 2017 and the Albertinum in Dresden in November Winter 2017-2018. On the occasion, a monograph will be published by Walter König, the first on the artist collective, after eight publicaions of their own. 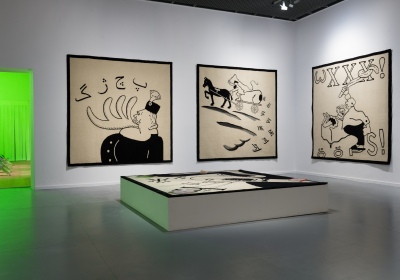 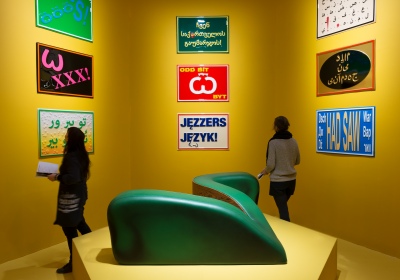 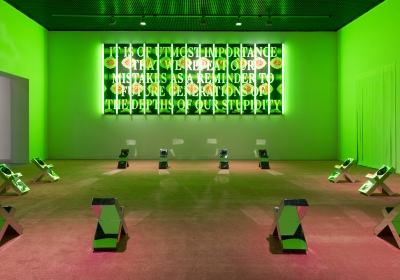 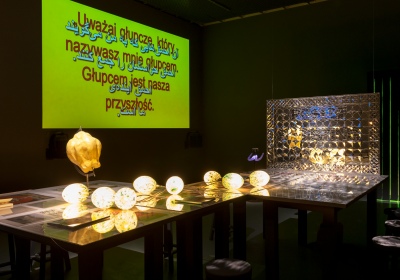 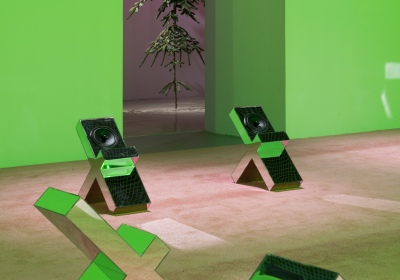 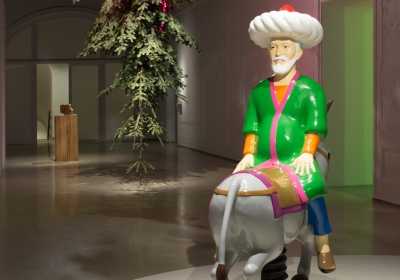 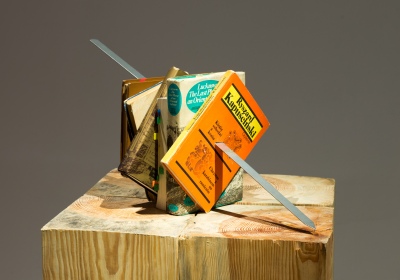 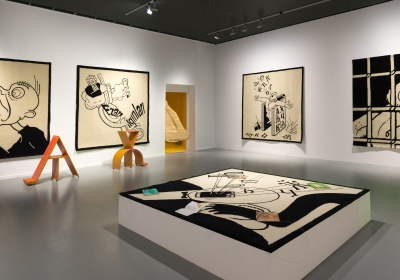