The sand is white, the sun is bright, the music is pleasant, people are happy, everyone is on holiday – this is how Lina Lapelytė, one of the residents of U–jazdowski, describes her work. Another artist, Melissa Tun Tun, says: It’s amazing how much perspective changes as soon as you manage to get out of the place where you usually create, how fast you start to see that the world you have been in entails its own logic.

The premise of an artistic residency, the time for work but also free from everyday life, presents an extraordinary opportunity to re-evaluate and ponder who we are. The most interesting thing to be gained here is the potential, the energy that can – but doesn't have to – manifest itself in a work of art. The most tempting aspect seems to be this different perspective; this lack of coercion. 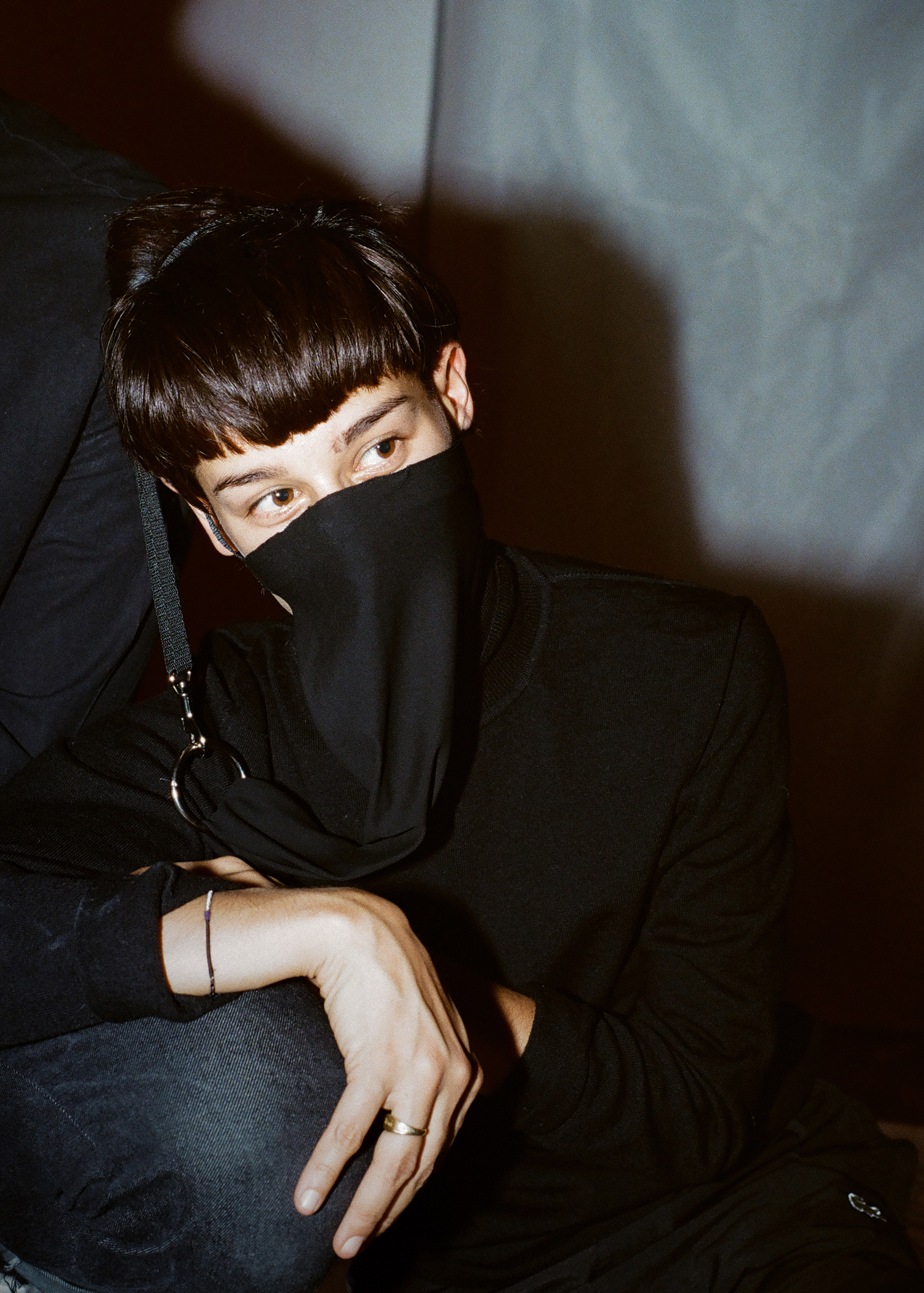 Swiss artist Melissa Tun Tun deals primarily with sound. One of the main elements of her work is self-exploration. Her preferred subjects include the theories of scientists and researchers such as Bernie Krause, a specialist in sound ecology. She tells us about her residency in Warsaw, that it was a time for her to re-evaluate her creativity, to think about what she would do in the future. The chance to reflect has extraordinary value universally, but unfortunately even artists forget about it, trapped in the rhythm imposed by galleries and production of their works. Tun Tun prefers to collect sounds and artifacts without thinking about whether they will form a whole. American cultural researcher Nato Thompson, in the book Culture as Weapon, argues that art can function perfectly well without a work of art. He also states that combining successive artistic revolutions with works of art fetishizes objects, even though the objects were usually secondary to the complex processes of change. The artists I met during their residency in Poland seem to have a similar approach.

Ukrainian artist Nikita Kadan says that the best aspect of the residency was the opportunity to devote time to those parts of artistic practice that do not necessarily take place in the studio. It wasn't a residency focused on the production of works or on an effect in the form of a final exhibition. I had a great opportunity for meetings, explorations [...] – he explains. Where did this search lead him? The list of his upcoming exhibitions is long; many of them – for example, the show planned for next year at Vienna’s MUMOK – are the result of research carried out here in Poland.

For Lina Lapelytė, another participant of the residency program, her stay at U–jazdowski was an opportunity to develop her Sun and Sea project, which will represent Lithuania (her home country) at the Venice Biennale. Lapelytė talks about what she is preparing: It's an opera-performance. You can say that it will be rather a living installation, because in during the Biennale we want to involve thirty performers each day. The work has a simple concept. It provides people with the experience of rest, holidays.

As you can see, free time returns like a boomerang. Lapelytė, however, treats this time very seriously, as the time when her ideas could also be confronted with the heritage of Polish performance art.

How to manage this free time? The artists of the feminist-queer collective Kem spoke about this perfectly. Their Dragana Bar at U–jazdowski is, as they say, a nomadic queer club, a response to the lack of such a place in Poland’s capital. In practice, Dragana Bar served to organize and facilitate meetings, of which the most prominent were events organized on Saturday evenings. The space has also become an important element in the interaction between Kem and the queer scene at large. It was a place where films were shown, where discussions occurred, which later turned into debates on greater issues like correctness or sensitivity, but also on the management of places and people in accordance with the infrastructure of friendship postulated by the collective.

Facilitating meetings between artists was also a core objective for the host institution. The residency’s curator Marianna Dobkowska, in cooperation with the artist and philosopher Witek Orski, has just initiated the long-term photo project The Residents. Portraits. They invited young Polish photographers to capture the artists-in-residence, in hopes of encouraging encounters of interesting personalities and creating the opportunity for joint action. This year, the U–jazdowski’s autumn residents were photographed by Karolina Zajączkowska. Her project with Nikita Kadan is extraordinary – the Ukrainian artist was portrayed on the playground founded by the Hungarian government for Polish children. Kadan noted the paradoxes of the place – a children’s playground with the famous slogan about the Polish-Hungarian friendship based on sabre (war) and glass (alcohol). Zajączkowska combined this with Kadan's violent artistic practice in depicting an act of flagellation.

This meeting can also be seen as the exchange of experiences fostered by the institution. It provides a chance to show and promote Polish culture in a way that wouldn’t be feasible at exhibitions. Several of the participants of the program mention the significance of their encounters with the works of Zofia and Oskar Hansen, others discuss the approach of Janusz Korczak in his work with children. How do those Polish personalities and attitudes shape these artists’ work? For Nikita Kadan, Hansen’s reflections on modernism are an important element of his upcoming exhibition in Vienna.There, Kadan will introduce the subject of Ukrainian modernism, showing how it was oppressed during Stalinist times and how some are now trying to give it a falsely nationalistic character.

Brazilian artist Graziela Kunsch, having in mind the methods of Oskar Hansen’s study work with students, worked on collective drawings with children from Wolna Szkoła Przygoda [Free School Adventure]. The idea was that each of the children would design a house and then introduce minor changes to the projects of their peers. They worked together on dealing with the fear and anger that those activities raised. The artist wishes to repeat the session in São Paulo in the future. Kunsch creates works that are extremely universal, and although she always works with the local context, her methods of operation could be applied in other places in the world. In São Paulo, as part of an artistic project, she founded the Public Clinic of Psychoanalysis. The clinic was established in 2016 as part of the Vila Itororó Open Construction project and operates to this day. Each month, the clinic receives about 350 guests or groups.

Kunsch says that to her art is a proposition that the artist gives to its recipients. This proposition, as mentioned earlier, does not have to result in specific productions. A proposition (of collaboration) resulting from an institution that does not expect finite products here and now represents something much more durable and extremely necessary – the conviction that in tackling the next projects, the artist has allocated a sufficient amount of time and reflection and thus, is able to take full responsibility for the work. Talking to artists, including those participating in the residency program, I felt that this is the greatest value that residencies can restore.

Art happens in the process. Thinking, looking for inspiration, dealing with uncertainties – these are the least spectacular and therefore easy to overlook aspects of making art, but at the same time, these are the moments in the process that are vitally important for the understanding of the final work. Let this text be an additional insight into what was happening in the artists’ ‘free time’ at U–jazdowski. 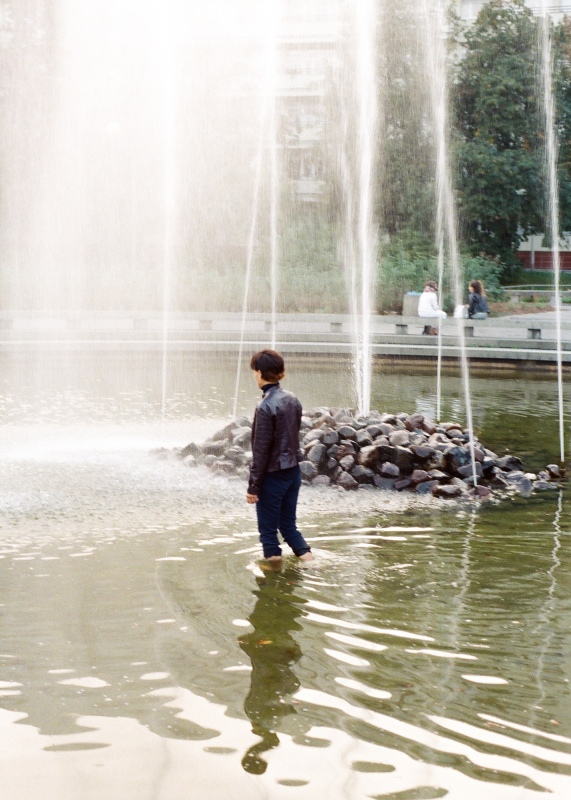 Recommended
We should all write operas

There is a man behind everything

Art without a work of art

Kem in conversation with Alek Hudzik