is a Tehran-born artist, graphic designer and curator who currently lives and works on the move. He graduated with a BA in graphic design from Central Tehran Azad University in 2004, his emphasis having been on research into digital art history. In 1998, he founded Parkingallery, an independent project space in Tehran and then built on this by setting up www.parkingallery.com, an online platform for young Iranian artists, in 2002. His photography, videos and designs have been shown at a range of international festivals and exhibitions, winning him awards and recognition. As a curator, he has directed a host of exhibitions, workshops and talks for Parkingallery’s projects. He co-curated Urban Jealousy, the 1st International Roaming Biennial of Tehran (2008-2009) and four editions of the Limited Access Festival for Video and Performance (2007-2013). This was followed by his involvement in myriad projects for institutions, project spaces and universities in Germany, the Netherlands, Serbia, Great Britain, Egypt, Turkey, the United States, Brazil, Canada, France, Sweden, Belgium, China and India. Ghasemi has been a guest lecturer at the Berlin University of the Arts, the University College of Arts, Crafts and Design in Stockholm, the Malmo Academy of Arts, Ohio State University, the Delfina Foundation in London and the ICI in New York. He was selected as the guest curator for the CCBRUGGE in 2010 and Devi Art Foundation, India in 2012. Along with his independently curated programmes, such as The Invisible Present, (Brazil, USA) and Part of me (France–Tehran), he served as a guest organiser, programming the video art section for the Rotterdam Film Festival and Göteborg International Film Festival in January and February 2013. Ghasemi works with photography, video, installation and interactive projects, as well as writing about the local arts scene and contemporary Iranian art for a number of magazines and on his own blog. He has a long-term curatorial project, IRAN&CO, which consists of an ongoing exhibition and an archive devoted to the representation of Iranian art beyond the country’s borders. 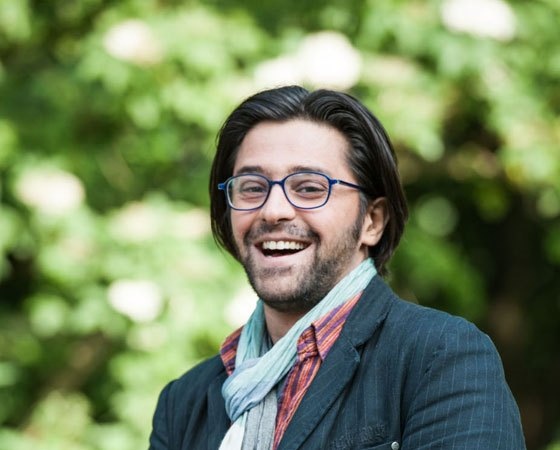 Residents a
Residency organized in frames of Re–Directing: East project and has been possible thanks to financial support of the City of Warsaw.