creates mainly short subject films, both feature and animated. He also deals with sound designing, the art 3D modelling. He studied Fine Art at Reading University, he also took PG Diploma in Electronic Imaging at the Duncan of Jordanstone College, Dundee. His films were awarded and highly commended on numerous film festivals (i.e. at Transmediale in Berlin). The artist uses various animation techniques and creates works of a surreal atmosphere, bringing to mind the dream-like logic (Hotel Central, Now I am Yours) and avant-garde tradition (take the absurd sense of humour of Hulse's first film Take Me Home). Recently he involved in realization of short audio works for 'a darkened cinema', picture show devoid of visual path but meant to be showed in cinemas. On the other hand, he engages in promotion of films made by, or for, the deaf and hard of hearing. He organized "Deaf Focus film Festival" and creates such films himself. He is interested in a different attitude towards the filmmaking caused by the nature of sign language. It influences the way films have been made, the choice of editing, the whole film structure. The artist intends to film the diary of a deaf cyclist James Dutchie, who reached the Arctic Circle on a bicycle. Alike Hulse's film Polish Shoes, in which the rule "Show me your shoes and I'll tell you who you are" is being analysed, his the latest film Half Time was shot in Poland.

Sunday, 13th June 2004 at 7 p.m., within the framework of the a-i-r laboratory, Matt Hulse's films will be presented and meeting with the artist will take place. The evening is prepared in cooperation with Kino Lab and the British Council. 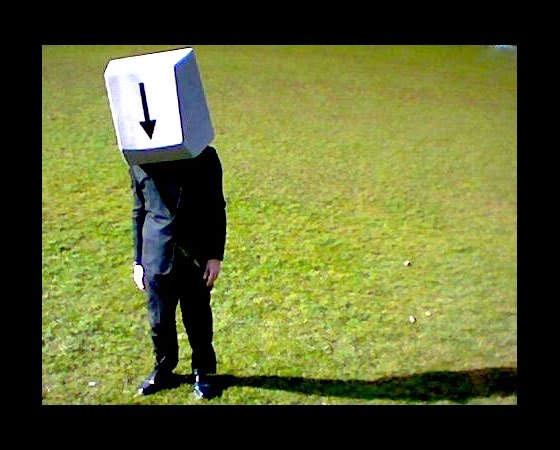 Residents a
This project was realised in cooperation with Kino Lab and British Council.