a permaculturist, a designer, and an educator. He holds degrees in psychology and musicology. He has been working in the field of agro-ecology and helped create a number of ecological projects that include Yaleekom, commissioned by the Ramallah Municipality, where he developed five models of self-sufficiency in Palestinian refugee camps. During a five-year stint in Turkey, he operated and managed Off The Grid, an ecological educational centre located in the Igde Mountains of Çanakkale. In 2014, he designed a form of alternative olive farming, The Olive Guild, in which a selection of plants support both the tree and the farmer. His innovative methods have allowed him to bring together different techniques in food production, involving urban gardening, up-cycling, and landscape designs, among others. He founded Mostadam, a company that provides ecological solutions through education, design, and consultancies. Mostadam has been leading in the development a Food Forest project in cooperation with The Palestine Heirloom Seed Library. His project Green Map Palestine (GreenMapPalestine.ps) is a networking website that highlights ecological initiatives and offers a one-of-its-kind environmental platform that is interactive.

During the Qalandyia International Festival in 2018, he collaborated with Jaśmina Wójcik on The Refuge Garden – a video presenting a manual on how to build an upcycled mobile garden done from abundant waste found in the environment of the refugee camps of Palestine. This practical video manual demonstrates to anybody how to set up such a garden step by step from available waste, as part of a series of DIY videos on ecolife which brings to the people the skills and knowledge to be independent. 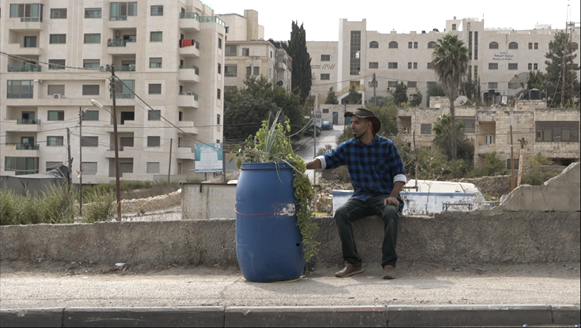 Related
A place which can heal