is an American artist born in Warsaw and based in New York City, known for her video, sound, and object-based installations such as Phlegethon-Milczenie series (2005–2009) that are concerned with relationships between history and memory and investigate the act of leaving trace and inscribing as modes of transformation. Constructions of identity through exclusion and searching for new forms of classification are explored in the artist's work as related to the contemporary problematic of democracy, with the example of Nazi period's paradoxical status of being both within and outside the law. One of Weiss' most recent works, Keimai 3 (2008,) was inspired by the life of Helene Mayer and incorporated original documents pertaining to the 1936 Olympic Games in Berlin. Educated originally as a musician the artist continues composing sound for her installations and video works.

Weiss' works have been most recently on view in The Prisoner's Dilemma at Cisneros Fontanals Art Foundation CIFO, Miami (2009), as well as exhibited at Concentart, Berlin (2009), Frauenmuseum, Bonn (2008), Wyspa Institute of Art, Gdansk (2007), Kunsthaus Dresden (2007) and North Dakota Museum of Art, Grand Forks (2006), among others. In 2005 the artist's first major and comprehensive survey exhibition was on view at the Lehman College Art Gallery, City University of New York.

Research during the residency will result in an individual exhibition planned for spring 2010 under the working title Sustenazo. 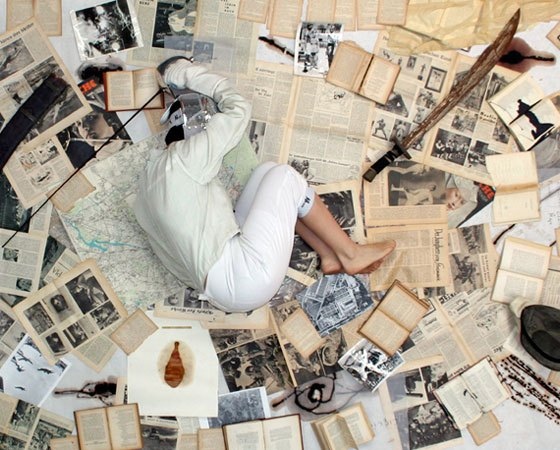