art collective focuses on political and aesthetic opportunities latent within collective action groups. The collective they represent is itself a form of a movement manifested in the public sphere. The artists create choreography, investigate forms of social order and its violations, as well as exposed and hidden rituals.

The Public Movement residency at CCA will produce a performance in the former Jewish ghetto in Spring 2009. During their autumn stay in Warsaw, the artists will organize open seminars devoted to fascinating and controversial Polish-Jewish issues such as Israeli genealogical trips to Poland, the equivocal Israeli national education system, and military symbolism encoded in individual and collective behavior. www.publicmovement.org 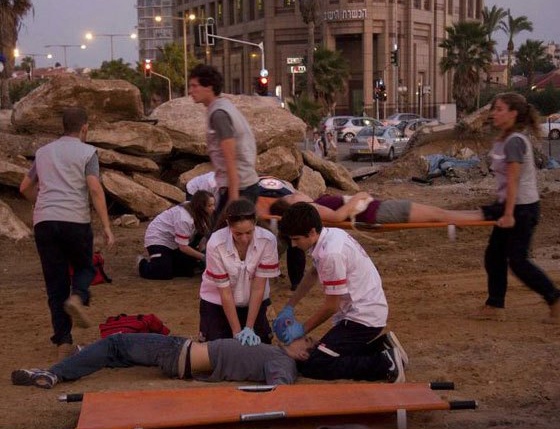