The residency of the group at the Ujazdowski Castle Centre for Contemporary Art was the second stop of a series of workshops and exhibitions that took place from May 2005 to October 2005 in various European countries (Slovakia, Poland, Lithuania, Latvia, Estonia, Belgium, France). In a European society that is in a state of construction, the Seriall project navigated through different regions to set the basics of a non-profit collaboration about art, graphism and design. During two-weeks workshops, the artists of the Seriall project organised lectures and researches to form a small group of people to the practice of the "do-it-yourself serigraphy". To focus on the current system of consumption, they would work specially on the idea of packaging. A box, a bag, a 3D object that would be reversed of its natural function and that would contain nothing but the signs of the resistance to the main current of uniformization. These pieces were the main traces of that "in process" artwork. At the end of their stay, they showed the results of that work, in a form a video-documentary about the trans-European journey, accompanied with a concert and debates. The participants of the workshop were given a pack, containing a manual and some materials, to re-activate by themselves the silk-screen technique and to produce and spread their own images, stickers, T-shirts... http://seriall.elshopo.com/ 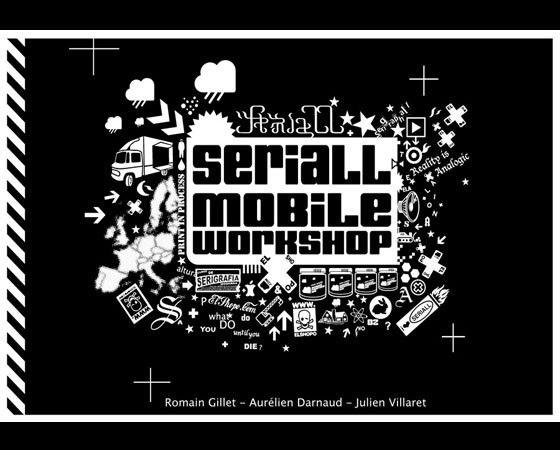