Assaf Gruber (born in Jerusalem, lives in Berlin) makes films and sculptures that deal with the interplay between the ideologies of individuals and their personal biographies, and the way in which these shape and influence private and public spheres. The exhibition at Ujazdowski Castle Centre for Contemporary Art brings together recent and earlier works by Gruber that examine relationships between cultural institutions, from natural history museums to art academies, and subjects who had experiences that turned them against artistic creation and cultural establishments.

Using black humour, but with an affectionate touch, both towards his protagonists and art history, Gruber’s artworks enact a fluctuating focus on crucial choices made by individuals, their daily lives, and their realities affected by global politics.

The mysterious desire of Anne, an elderly security guard at the Old Masters Picture Gallery in Dresden, to spend the rest of her life next to the renowned sculptures and paintings of the leftist Polish avant-garde artists group “a.r” drives the film The Right (2015).

The Calling (2017) addresses the theme of dubious refusals of socialist, East German art academies to accept Thomas, a son of a protestant pastor, as a fine arts student. Thomas wonders if the reasons for the rejection were due to his lack of talent or rather his religious background. His daughter, Daphne, is the narrator in the film and also the heroine of The Conspicuous Parts (2018).

In The Conspicuous Parts, Daphne, who struggles to come to terms with her father’s frustration, has become a professional taxidermist. She works at the Natural History Museum of Berlin. Her daily routine inside the museum dioramas is disrupted when she meets Catherine, a British writer who came to the museum to search for facts for her new novel about a suspicious expedition to a Caribbean coral reef in Cuba undertaken by East German scientists in the late 1960s. During their chance encounter, the two women start a rather unusual communication.

Binding (2011) is a phantasmagoric film that encounters the previous three works in a surprisingly poetic moment: a lost paradise that reveals itself as the golf course of Caesarea*: A father and a son are looking for a sign or a shelter within the orderly environment of a golf course, but they find nothing. The dichotomy between the contrived nature of the golf course and the restless, naked bodies of the two explores the relation between myths, social conventions and the human desire to mark territories.

In the exhibition the photographs and sculptures that complement the moving images accentuate tensions and interdependencies among Western culture, religion and nature.

All the narratives in the exhibition are fictional and the primary question is not whether the stories are based on fact or fabrication. They are rather concerned with the possibility that a rumour itself might be authentic, as it is this peculiarity that ignites a dialogue with the audience. 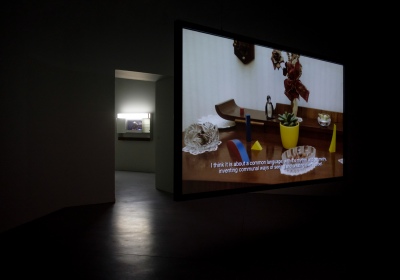 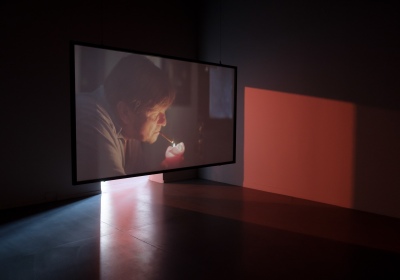 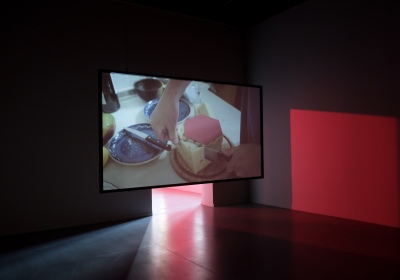 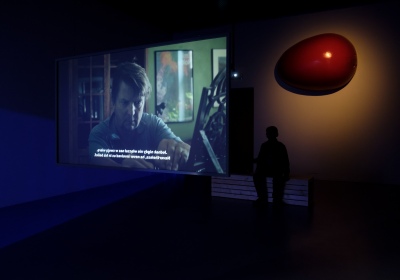 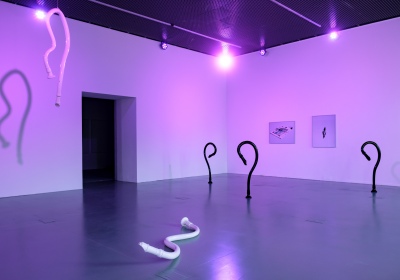 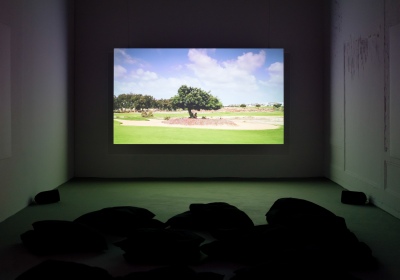 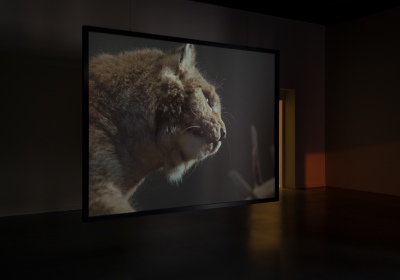 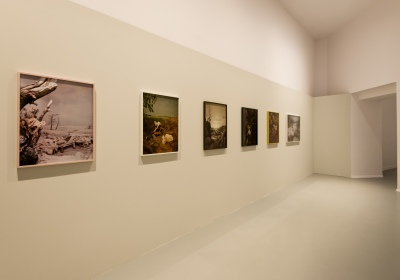 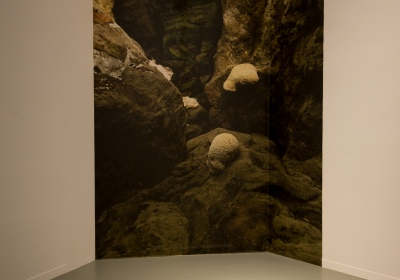 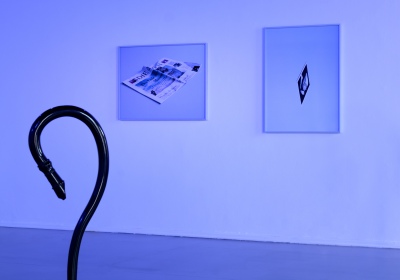 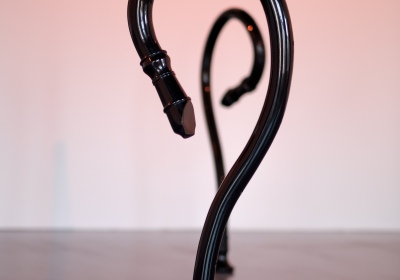 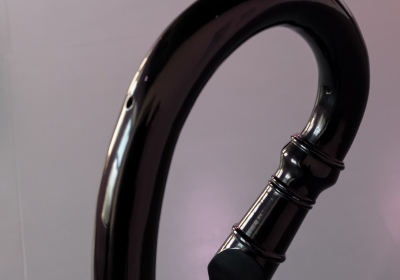 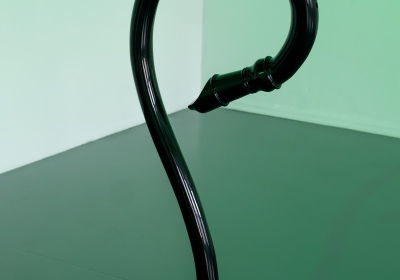 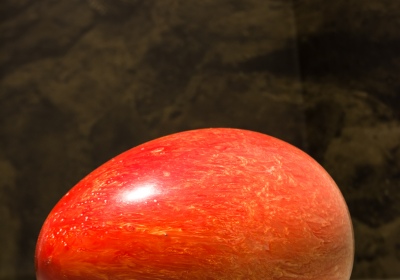 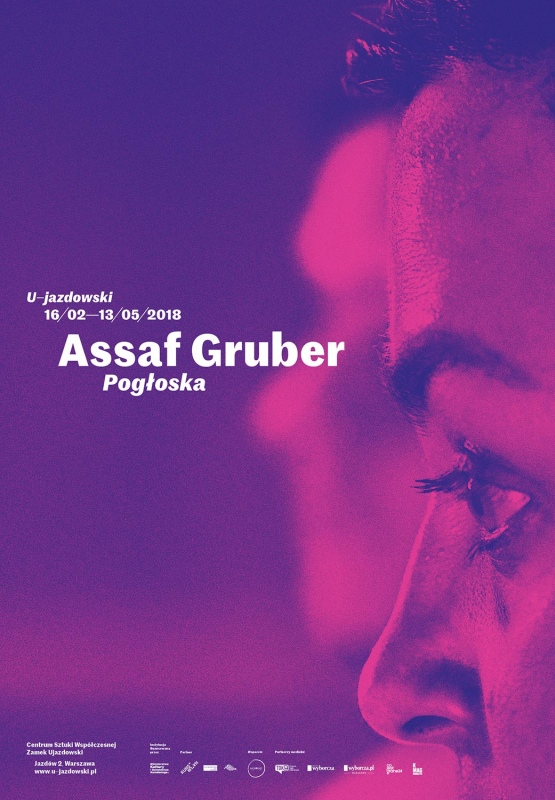