All that we has

Antonina Konopelska’s All that we has is the sixth and final exhibition in the Project Room 2021/2022 series that featured the work of Maciej Rauch, the Young Tallended Sexy collective, Maria Elena Bonet, Paweł Łubkowski, and Malwina Migacz.

Antonina Konopelska records staged or provoked situations based on personal experiences or research and focuses on issues such as identity, social relations, and proxemics. She invited Lena, who has dissociative identity disorder (DID), and the American costume designer Julie Weiss, who worked on films such as Frida, American Beauty, 12 monkeys, Las Vegas Parano, to take part in the project.

The artists met at an exhibition of Konopelska’s photographs in Santa Monica, California. “I was immediately drawn in by the scale and character of her portraits,” Julie said. “I could feel that they were quietly speaking to me. They  seemed to escape the frame as these fully shaped personalities. As a costume designer, I was able to see that Antonina can understand these people, both their interior and exterior – and this is the essence of our explorations as costume designers.”

(born 1990) works primarily with staged or provoked camera situations that are based on personal experiences or documentary research, focusing on the matters of identity, interpersonal relations, and proxemics, often implementing social contexts. Graduate of prof. Grzegorz Kowalski’s Audiovisual Space Studio "Kowalnia" at Media Art Faculty at the Academy of Fine Arts in Warsaw (MA 2016, BA 2014) and Modern Language Studies at the University of Warsaw (Iberian and Ibero-American Studies, BA 2014). She defended her doctoral dissertation at the Academy of Fine Arts in Katowice under the supervision of prof. Ewa Zawadzka and prof. Judyta Bernaś (2022). She presented her works during numerous solo shows (Chór / The Choir, Vienna Woods Gallery, Los Angeles, 2020; Libertango, TRAFO, Szczecin, 2018; The Wax of Poland 3.1, Promocyjna Gallery, Warsaw, 2018, among others) and group exhibitions (Out of Poland, Arena 1 Gallery, Santa Monica Art Studios, 2019; A Process 2.0, Krakow Photomonth, 2016; Readings, Salon Akademii, Warsaw, 2015; Masquerade, CFF The Centre for Photography, Stockholm, 2012, among others). Recipient of Adam Mickiewicz Institute Polish Culture Abroad scholarship (2021, 2020, 2018), scholarship of ZAIKS – Polish Society of Authors and Composers (2021-2013), finalist of INOUT Festival (2019) and DEBUTS! program (2015), Ministry of Foreign Affairs Artistic Award of 2014, The Ministry of Science and Higher Education Scholarship for outstanding artistic achievements (2013). Lecturer at the Academy of Fine Arts in Warsaw and Polish-Japanese Academy of Information Technology in Warsaw. 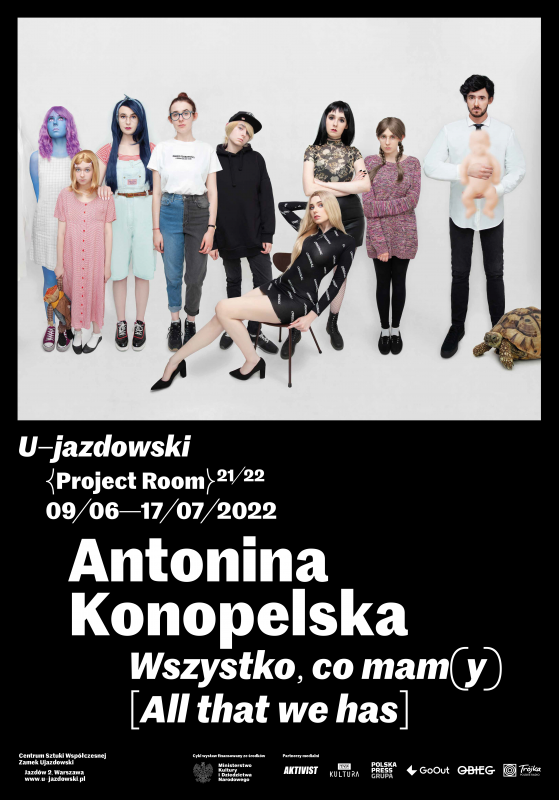