The residents who took part in the seminar were a diverse collection of individuals who met online during the unusual times of the epidemic, to creatively take on the titular subject. What inspired my interest as a photographer was the fact that we initially just had several separate individuals, and then, thanks to interesting methods and being open towards one another, those people came up with unbelievable collective energy and were able to experience intense sensations despite being physically very far from each other. The initial collection of elements and contexts, often contradictory ones, morphed into a new thing and a new standard. That phenomenon was my starting point for photographing this year’s residents: people from all over the world. For each of them, I created a unique collection of objects, a still art comprising things, colours, forms and states of matter that symbolically described the respective residents. In each of those compositions I included a simple ID photo, like you would find on a driver’s licence. As for the composition as a whole, I saw it as a totem. The compositions were totemic, both literally, because of their vertical, stratified structure, and metaphorically, since they were tribal emblems, vessels for mystical bonds between people. When taking a closer look at people’s homes, I often notice that certain objects inside their private and intimate space are beautiful reflections of their character and energy. To me, both as an artist and as a person, the objects surrounding us are very meaningful. I appreciate the powerful significance they carry. Hence my premonition that this way of portraying the residents would be most appropriate: both in terms of original photographic expression, and as a reflection of the aura of the times of the pandemic.

In order to virtually get to know each of the residents, at least a little bit, I created a mini-questionnaire. The answers to the simple questions there served as a tool for projecting each resident into my imagination; to be better able to see him or her represented by objects, colours, mass or lack of it, and the possible relations between objects. Then I created a separate “totem” for every resident. As for the formal aspect, I wanted each composition to represent its respective person through colour choice, shape, mood, and frugality or exuberance. In some cases it resulted in multi-layer creations: true hybrids comprised of non-obvious ingredients. Some, on the other hand, were plain, simple utilitarian objects.

My aim was for the “totems” to have not just a non-literal meaning, but also an aesthetic quality to them. Using light, colours, and harmony of components, and by applying perverse connotations and associations, I tried to capture the spirit of each of the residents. I primarily used simple everyday objects. I decided to limit myself to the things I could find in my own house and pick those that I believed carried some universal meaning. Rediscovering some long-forgotten treasures hidden inside my home was a beautiful experience in itself, and the entire project was something unusual for me. It posed a genuine challenge and while completing it, I often faced blockages and some kind of internal pushback. Still, when I eventually came up with a composition I liked and which, to my mind, accurately represented the person, it brought a smile to my face and true creative joy inside. My reflection as a photographer is that I have never before had a chance to portray people in such a subjective and unrestricted way. Still, at the end of the day, I deem that subjectivity to be very powerful and appropriate, for our perception of other human beings is always filtered through our own experiences and what we have been through. The objects surrounding us are a modest reflection of that.

is a photographer and director. She is a graduate of the Opava Creative Photography Institute and the Warsaw Academy of Fine Arts. For ten years now, she has been undertaking photographic and artistic projects as a collaborator with a number of publishing houses, record labels, magazines, cultural institutions, artists, musicians, and production houses. Her areas of expertise are portraits, fashion photography, and documentary work. She has directed many Polish music videos, e.g. Nostalgia (music by Taco Hemingway), Ulotne and Ikar (music by Flirtini), and Szacunek za klasyk (Otsochodzi and Pelson for Reebok). In collaboration with the founders of Element Żeński, she created several women’s rights videos and campaigns. In 2019 and 2020, she contributed to the second and third instalments of the No Dayz Off Publishing long-term project entitled To nie jest hip-hop [This is Not Hip Hop]. During the project, she portrayed several dozen rappers and people associated with Polish Hip Hop. In her practice, both artistic and commercial, she follows her intuition and aims to create images that are aesthetically sparing, yet full of essence. 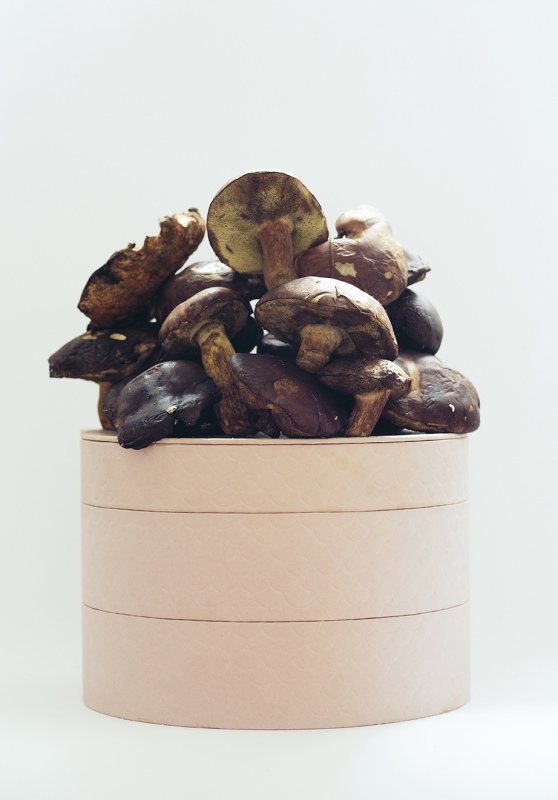