Future intimacies: to be continued

U–jazdowski / Program / Residencies / The Residents... / Future intimacies: to be continued

The Re-directing: East seminars are the flagship project of Ujazdowski’s Residency Department. We have held them annually since 2013. Since then, they have been one of the rare and precious spaces for meetings between professionals of various trades: meetings held under the conditions of a collective residency. During the event, people from various parts of the world gather in Warsaw and, over the course of one month, enjoy microscale dialogue based on their joint research work. Everybody shares their working hours and their leisure time. The formula is never rigid and unmodifiable. Each subsequent seminar is a result of critical reflection on all the previous ones. The subjects being taken up and the research that follows result from topical issues calling for reflection. The “unproductive” time in between sessions is, in fact, an important bonding factor for the seminar. Cooking together, getting to know one another, discovering the city and its surrounding areas, having fun and resting: all that is just as important as the discussions and the presentations. Sometimes, the two spheres intertwine and collective work takes on unusual forms.

This year’s seminar is the fruit of collaboration between myself and Julia Harasimowicz, on behalf of U–jazdowski, and Aisel Wicab, María Paola Malavasi, and Amado Cabrales, members of the Empathic Pedagogies network. The network brings together art practitioners engaged in empathy-focused informal education who are eager to use its potential in an attempt to bring about social change.

Until recently, it was self-evident to all of us that the very foundations of the Re-directing: East seminars were the participants’ physical presence and the intimacy resulting from it. And yet, in light of the worldwide pandemic and the imposed lockdown, we were forced to rethink a number of even the most fundamental aspects. It soon became apparent that the seminar’s formula would need to be modified: international participants would encounter many hindrances trying to travel and physically join us in Warsaw. So, back in April we decided to take this year’s edition online. We chose to see it as a laboratory for practices at the intersection of art, education and activism, which have come about as a response to the new reality.

The pandemic has forced us all to slow down and take a closer look at the way we work. When we started to develop the programme and the subjects to be taken up during the seminar, we had already experienced several months of lockdown. We were frustrated because of the imposed physical distancing, the mandatory home-office work and the brutal takeover of our relationships by the online realm. Still, while we were aware of certain risks connected with the latter, on the horizon we also saw the potential of new practices that could come into being in those new circumstances. We saw the online space as being often mindlessly abused, but at the same time, we witnessed the birth of new forms of intimacy.

The motto of our laboratory, Future Intimacies, was a product of both our intuition and the experience I mentioned. It reflected our burning urge to think of forms of cooperation in a reality defined by physical distance. Tired from endless hours in front of screens, together with the invited residents we wanted to use and deepen those practices that researched distanced intimacy through the use of educational tools and artistic strategies. Among the people we invited were members of the Empathic Pedagogies network and, for the first time and in a way thanks to the pandemic, Polish practitioners. All these people apply informal, horizontal educational solutions on a daily basis, searching for new ways of learning and un-learning.

In our invitation, we clearly set out our expectations and the kind of vision we were interested in. Then we eagerly awaited replies. Together with the participants, we hoped to analyse and try out practices that sought out ways of creating intimacy despite physical distance; ones that, without exhausting our body, mind, and emotions, would lead from online actions to offline ones, while at the same time respecting the equilibrium between ways of thinking and ways of acting, and stimulating an experimental approach to learning, both individually and collectively.
We wanted to know what others thought of that particular time. What their reflections were and their proposed solutions? What kind of practice, to their mind, could be applied and further developed in these unique times that would undoubtedly forever change the way we worked? The applications we received proved that we had intuited the right thing: the subjects we were interested in were indeed the focus of many practitioners working at the border of art and education.

Almost twenty people took part in the seminar. Eleven were selected in an open call. They were then joined by the hosts and by U–jazdowski’s current several residents. Over five weeks, we met up online. We came up with a horizontal structure that, in time, became a safe haven for practices in which, in turn, we played hosts to one another. We thus suspended the usual host-guest (institution-resident) distribution.

The online space enabled us to freely interchange roles. In that way our seminar became a non-hierarchical, self-learning group. We all contributed to it some kind of practice from the intersection of art and education: various solutions stimulating the imagination, drawing on work with dreams, meditation or self-organisation, as well as those derived from choreography, performance art, artistic research, and visual arts. Our greatest contributions, however, were our genuine interest, an openness towards testing new methods, an eagerness to listen and respect towards one another. We gave each other time, patience, and consideration. We all exuded empathy, generosity and gratefulness. That really, truly meant a lot.

When a human presence is solely represented by a collage of faces on a computer screen, it takes effort to discern subtle, non-verbal emotional and sensual hints: to establish a connection with the people we see before us on flat displays, but who are physically in other tangible spaces. We, therefore, put a lot of care into finding each other in the moment, carrying out collective check-ins and providing our fragile community with attention and tenderness. During our sessions, we worked and had fun; we supported each other and learned from one another; we stimulated our imagination and activated care; and sometimes we would simply fall silent.

On the following pages, you can read about the reflections of the participants. We all decided to ask ourselves two questions: What was my contribution to the seminar? and How has taking part in the seminar influenced my perception of the online realm? As for the tools and methods we collectively developed, we will publish them in a more extensive form online, at www.futureintimacies.org. We all hope they will be of good use for many.

We met in October 2020 as a group of strangers. Several weeks of working together turned us into friends and allies. We want to continue our relationships and draw on our work completed so far. We want to use what we have come up with and develop it further within our respective local groups. Together, we managed to turn something that was originally an obstacle into a source of inspiration: while remaining physically remote, we were able to create intimacy, find new areas for practical research, and learn that it is possible to inspire genuine care in each other while in the process of learning from one another and about one another. Digitally, together we stand! (1.) 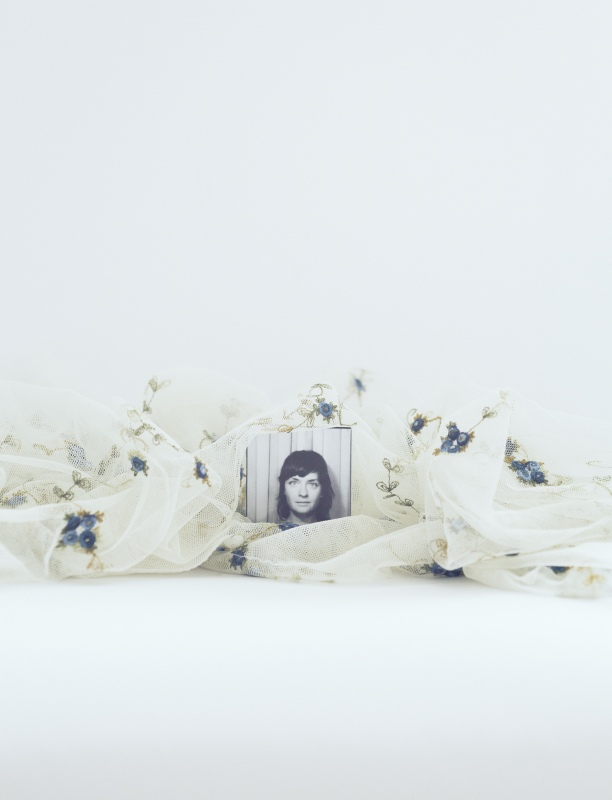