(b. 1985) lives and works in Antwerp, Belgium. Over the last years, he has developed an artistic practice that originates from a strong interest in the ways individuals and society at large give meaning and structure to life through psychology, politics, religion, and traditions. In his recent work – which consists of staged photos, videos and performances – gaining or losing control over one’s mind and body is a recurring subject. The artist has focused on a variety of themes, such as the question of how physical sensations can be articulated through music; the contagiousness of laughter; the human need for adrenaline; and hyper-focus or the madness in method acting.

The artist takes a critical stance within a documentary tradition using photography and text as an important point of reference. The seemingly neutral and objective texts and titles, which often accompany the works, add a scientific and subtly humorous layer to the works.

Van den Berghe’s practice does not only involve producing images, but also assembling and shaping them into exhibitions, and more broadly, into an ever-evolving body of work. This also means that there is a thin line between creating and curating. Having initiated several collaborative projects and exhibition formats such as Conflictroom, Midnight Coffee Preview or the festival Sugary Photographs, collaborations and the creation of experimental platforms became an essential part of his own work. Together, these disparate, research-based projects form an encyclopedic and documentary practice that deals with both the aesthetics and ethics of making artistic decisions and finding systems that generate meaning. 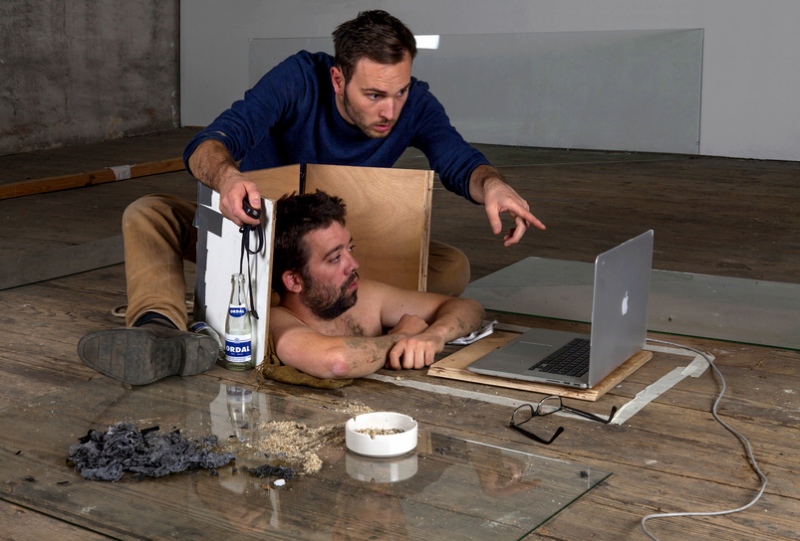 Residents a
Residency organised with the support of the Flanders State of the Art and the City of Warsaw.