is a theorist, writer and independent curator. He is a co-founder and co-director of a think tank and creative studio Avenir Institute with nodes in Brussels, Berlin, London and Athens. His research interests include concepts of ‘the political’ and ‘the curatorial’; aesthetics and critical theory; geopolitics; futures studies. He addresses the subjects of genesis, legitimisation and transformation of aesthetico-political phenomena such as mythography, ideology, style and regimes of power. In his projects, disciplinary paradigms are blended in transhistorical, intercultural contexts. Among them are ongoing critical reading and anticipatory writing research group Queering Theogony for Alternative Futures in several non-for-profit art spaces Athens, engaged art project Game of Futures #2 in the 4th season of Critical Mass in St Petersburg, exhibition and public programme Bureau for Public Insecurities in the context of 32nd Bienal de São Paulo Incerteza viva, video art exhibition Aesthetics of Power for ikonoTV Berlin, group exhibition Do You Speak Synergy? at Harlan Levey Projects in Brussels, art and theory laboratory State(?)-after-State in the Nationless Pavilion at the 56th Venice Biennale All the World’s Futures. He has BA in Applied Political Science and MA in International Relations and European Studies from The National Research University Higher School of Economics, Moscow, and MRes Art and Design from Sint Lucas Antwerpen. 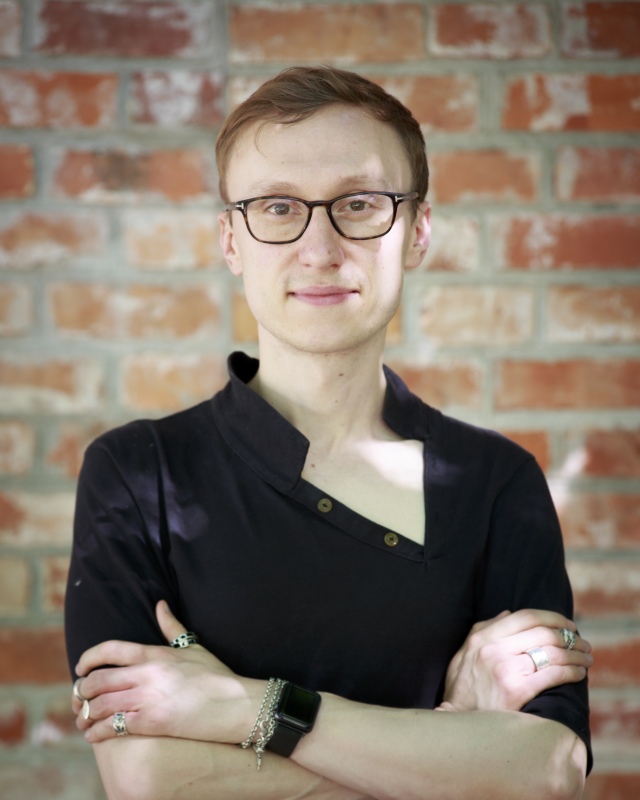