graduated from Ecole Supérieure des Arts Décoratifs in Strasbourg. Recently she has started cooperating with the artists’ studio “Bastion 14” based in Strasbourg. Among many artistic activities Eloïse designs books and one of her basic interests – apart from illustration - are typography and calligraphy. She focuses mainly on the relation between text and image in didactic books for children and she researches the topic in the context of the history of primers.

Eloïse Rey’s visit to Warsaw is a part of the European project “ET Lettera”, which confronts the artists with the topic of illustration and text in art. During her residence Rey wishes to use her new experience of visiting a foreign country in an artistic project. Working with the word and the image she wants to compare two languages: Polish and French, and find a dimension they could share. The artist assumes that every language has its own set of images and associations formed by tradition and culture. Her project creates a possibility of playing with illustration and text in both linguistic areas and seeking their common elements.

The artist’s main goal is to find common ground for both languages. This will be achieved by creating a bilingual illustrated primer and by organizing a workshop for children The latter will be the final part of Rey’s residence in Warsaw. 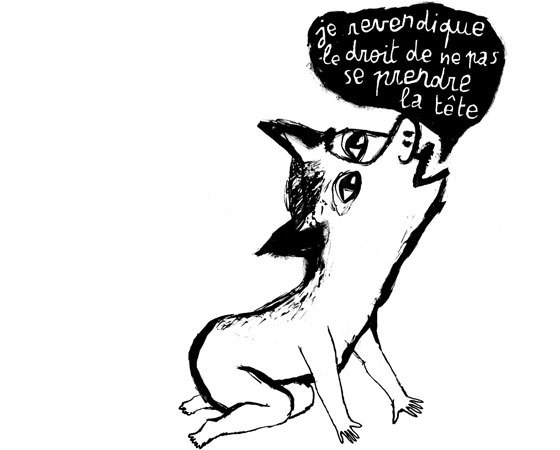