The project artists planned to pursue during their residence at the Ujazdowski Castle Centre for Contemporary Art in Warsaw was to develop along two parallel axes: one aimed at producing a video installation, the other designed to result in the organization of a set of artistic interventions. These two axes were intimately linked, a link that would take form in May of 2004 during 4 days of events addressed to a large public.

Their venture into the realm of the visual arts has been singular in that they exceed the limits of theatre, art installation and film, situating their work between the visual and stage arts. In their projects they look to existing models of behaviour and creativity in order to assume and displace them by giving them new form and new meaning. Video is their preferred medium. Since 1996, the year of their first exhibition, their productions have found expression in exhibition spaces (museums, arts centres, galleries), where they generally juxtapose their films (customarily looped) with staged pieces.

For their residence in Warsaw, artists deemed it important to find a subject that could constitute the basis for numerous links between the production of a new video installation and the organization of a manifestation. This was the criterion for choosing a reference point, which is a film whose point of departure is the border between the East and the West: In 1984 American filmmaker Jim Jarmusch produced Stranger than Paradise in the United States. This black and white film, made on a meagre budget and through spare means of expression, proved significant and generated lively reactions upon release. Its story is simple and centres on a Hungarian immigrant who finds himself hosting his cousin, freshly arrived in New York. He installs her in his miniscule apartment, introduces her to a friend, another immigrant with whom the hero devises various schemes that allow them to survive. The cousin attempts to make a place for herself within this closed circle, then leaves for a different city in search of work, where after a time she is rejoined by her two friends and the three of them venture to the seashore together. In the film we see America through the eyes of strangers, unassimilated immigrants who live within a closed community and borrow the attitudes and styles of a culture that they imagine more than they actually know. Jarmusch describes his film as a semi-neorealist black comedy produced in a style that might be that of an imaginary Eastern European filmmaker. Twenty years on artists will once again draw on the theme of Stranger than Paradise and re-film this story of exiles in Warsaw. They aim to capture the city's specific urban character and its mutations, the inevitable arrival of the cousin at the home of a man who lives off of petty schemes. We will observe the protagonists in their attempt to view their surrounding reality broadly while living within a closed community. The short scenes, autonomous relative to each other yet forming a whole, will take place in the Poland of today, which will stand in for New York, Cleveland and Florida. An apartment, a few streets, a hideaway in the country as they navigate about in a car, the sea. We will closely follow the original in order better to reveal the reversal that History has wrought. Revival Paradise will almost be a return to the country of the protagonists of Stranger than Paradise... who remain faithful to their ambitions, always strangers to themselves. 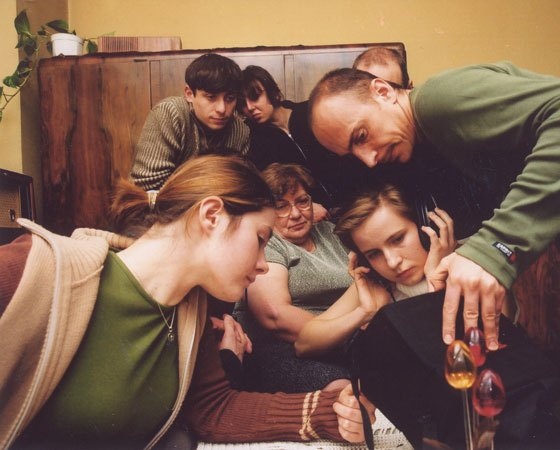