works as a multidisciplinary artist, inspired most by the lives of everyday people. Her work transcends the boundaries of art and activism in its attempt to connect people in provocative and meaningful ways. She is primarily known for a project entitled "The House That Herman Built", an art action carried out together with Herman Wallace, an inmate who has been held in a high-security cell at Louisiana State Penitentiary for over 30 years now. The project is an ongoing one and was launched in 2003. An intensive exchange of correspondence, sporadic meetings and telephone conversations have led to the creation of Herman Wallace's dream home, consisting of numerous spatial installations, letters, drawings, CAD presentations and a webpage, all constituting an interpretation of that dream. Jackie continues with the topic of space and achitecture in her Warsaw project, posing a question - “Do good fences still make good neighbours?”. During her stay in Poland, the artist will explore the culture of fences and its relationship to socioeconomic restructuring in Poland, then accomodate this culture through various installations and small projects. A project Jackie is considering would be to identify a fence of "conflict" between two disputing neighbors and mediate the dispute such that the fence can be transformed into a bench. 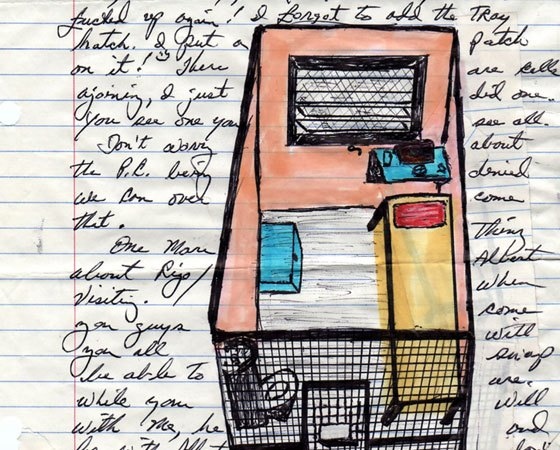 Residents a
Artist in residence project realized in cooperation with the Location One, with support from the Trust for Mutual Understanding.