is a visual astist based on Cuba, living in Venezuela. Gradueted in Higher Institute of Art (ISA) and Cátedra Arte de Conducta (Behavior Art School) in Havana, Cuba. He is interested in the capacity of art to utilize and reorganize existing social forms and cultural models that can be updated infinitely. It must become a platform of communication and expansion of specific phenomena and of the principal contradictions and socio-cultural forces of those areas that are not made evident, lack transparency, or are hidden, and in the end the work must remain as an archive of these “social invisibilities. In his artistic work he intends to expose a double impact and validity; merit in the plane of art as well as in the social dominion.

During his residency at Ujazdowski Castle Centre for Contemporary Art Jesús Hdez-Güero realized two photographic cycles. The Calados Capitales en Lugares de Paso is a long-term project by Jesús Hdez-Güero, initiated in 2012 in Cuba and Venezuela and continued during his stay in Poland. The buildings and monuments featured on the banknotes of the countries visited by the artist mark his travel route to subsequent towns and cities. Güero locates and photographs them through the holes cut out in the banknotes, so that the brick-and-mortar objects perfectly fit in and replace their pictures.

The other project Época incorrecta para escritores célebres [Bad Times for Famous Writers] was realized at the University of Warsaw Library. This is the result of the artist’s research into the status of Polish writers under the communist rule. The photographs comprised by this cycle show the spines of the books dedicated to the communist era and being part of the University of Warsaw Library’s book collection. The vertical axis that runs through the stacked books creates from the letters on their spines the names of Polish writers active as selected by the artist. Their works, repressed in the communist era, were distributed "under the counter".

Presentation of the project realized during the Warsaw's residency was held on August 8th 2013 at the Laboratory Buliding. Works remained on view until August 10th 2013. 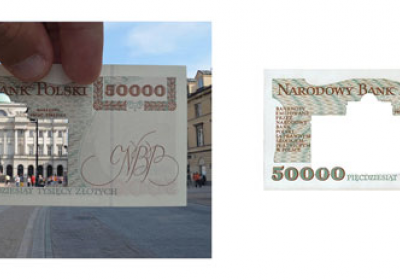 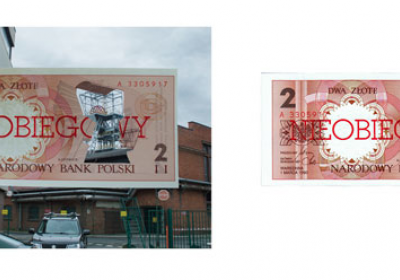 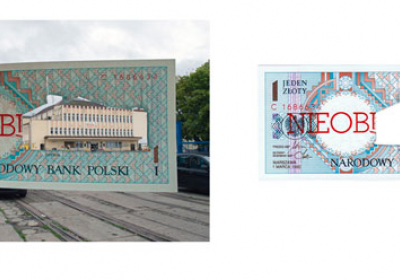 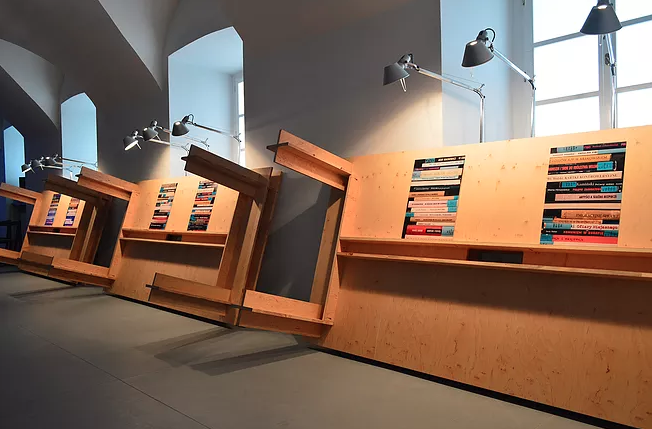 Residents a
This residency was realized thanks to financial support of Fundacja Instytut Lecha Wałęsy and the Capital City of Warsaw.