is an artist living and working in London, UK and Vilnius, Lithuania. She holds a BA in classical violin, a BA in sound arts and an MA in sculpture from the Royal College of Art in London. Her performance-based practice is rooted in music and flirts with pop culture, gender stereotypes, aging and nostalgia.

During her residency at the U–jazdowski Lina Lapelytė will be working on a performance entitled Sun and Sea (by Lina Lapelytė, Rugilė Barzdžiukaitė and Vaiva Grainytė) and its new extended version that will be presented at the Lithuanian pavilion at the Venice Art Biennial in 2019. 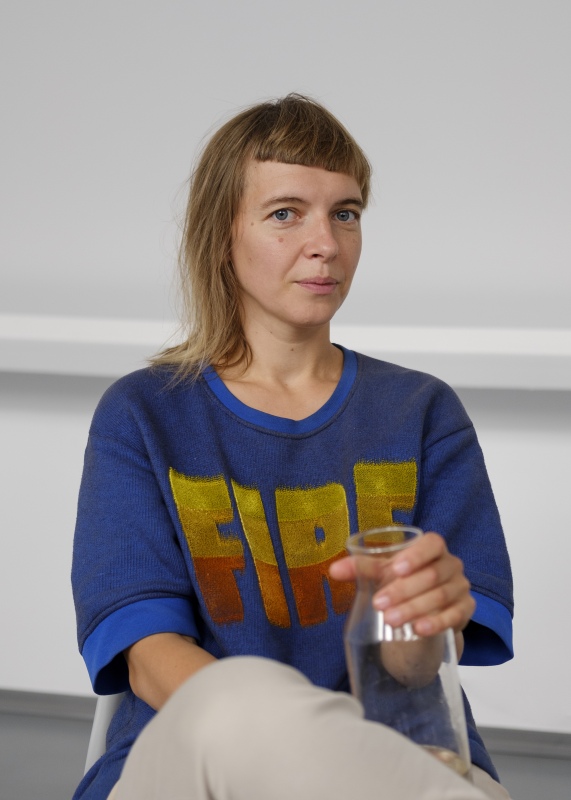 Residents a
This residency is co-financed by Akademie Schloss Solitude and the City of Warsaw.

The residency is realized in frames of collaboration between Ujazdowski Castle Centre for Contemporary Art, Akademie Schloss Solitude and Adam Mickiewicz Institute.

exhibition
Waiting for Another Coming