L.A.U.R.E.L. (or Lesbians and Unicorns Resisting Every Limit) is a video and performance art project by Lynne Chan. The name is taken from a forgotten activist group from the 1980s. Her version of L.A.U.R.E.L. is a changing entity. It has taken shape as a hobby group, a sweatshop, a dance party, a New Age cult, and an underground movement. The rules of membership are very open, much like the shape of the organization. The work produced for the Ujazdowski Castle was based on a forgotten piece of history - during the reign of the last King of Poland, Stanislaw August Poniatowski, his royal courts were the sites of cross-dressing balls. This fact was an inspiration for a one night event – a contemporary royal drag ball. The ball itself was a playful political act and an homage to the cult cultural club Le Madame closed by the city officials for the reason of its affiliation with the gay community, very repressed by the Law and Justice political party ruling Poland at that time. 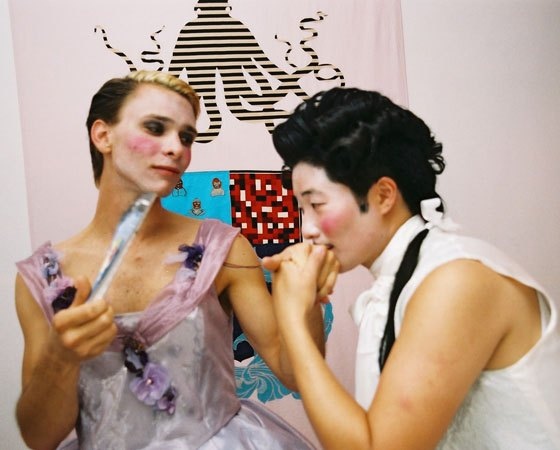 Residents a
This residency was organized in cooperation with Art in General (New York).