an artist from Jerusalem/Palestine. She obtained a B.A in Psychology from Birzeit University in Ramallah (2002–2006) and an M.F.A. at Bezalel Academy for Arts and Design in Jerusalem (2011–2013). She took part in Ashkal Alwan Home Works study program in Beirut (2013/14).

Her work attempts to understand and contemplate the ever-shifting politics, while equally questioning notions of land and geographies of in-between temporality. Her work looks more at scenarios that take the language of the absurd and the ironic, and uses them as tools for political commentary.

In 2017, obtaining a Diploma in Professional Cooking made her develop works that use the mediums of storytelling and food for creating socially engaged projects through her art practice, such as Potato Talks and Palestine Hosting Society. The Palestine Hosting Society is a live art project, is an extension to Mirna Bamieh's research at the politics of disappearance, memory production, and her practice in creating artworks that unpack social concerns and limitations in contemporary political dilemmas, and reflect on the conditions that characterize Palestinian communities. The Palestine Hosting Society explores traditional food culture in Palestine especially those that are on the verge of disappearing. The project brings these dishes back to life over dinner tables, walks, and various interventions.

During her residency in Poland, she worked on a culinary art installation and food performance through the concepts of fermentation and preservation. 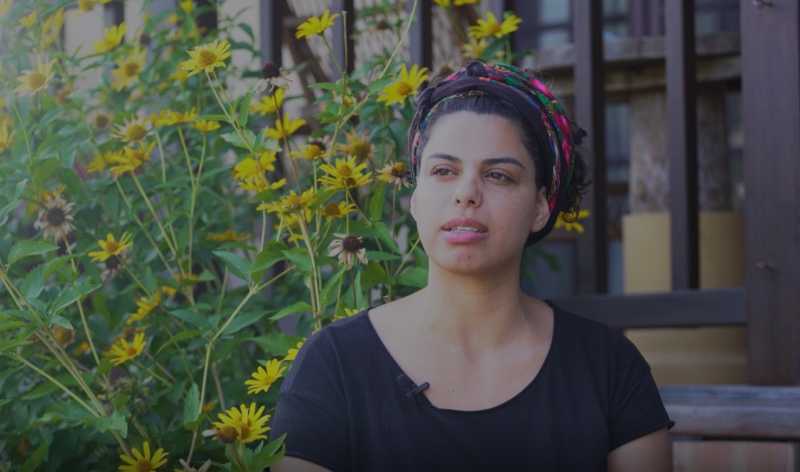 Related
My menus are disappearing recipes