Since 1986, TradeMark Gunderson and his band The Evolution Control Committee have steadily built a worldwide reputation as one of the most influential and leading mash-up bands by assembling samples and sounds into cut-and-paste masterpieces, and also assembling forgotten electronics and misused Nintendo Wii controllers into inventions like the Thimbletron and the new Vidimasher 3000.

TradeMark is also active in unlicensed and internet radio, and with co-host Frillypants produces a weekly radio show "The Sound Of Plaid" syndicated on some of the stations he helped create. The Evolution Control Committee: TradeMark G. and Frillypants aka Christy Brand were hosted by a-i-r laboratory until the end of 2010. Find them on DFM Radio http://dfm.nu/ live on Thursdays 6–8 p.m.

On 12 Ocober 2010 The Evolution Control Committee, TradeMark Gundersons band were hosted by Michał Libera in one of the series of discussion “Blood on the leaves. Music as a social theory” held in Zachęta National Gallery of Art. TradeMark G, Christy Brand and another guest, Jacek Staniszewski, were telling about their activities in the context of the meeting’s subject which was the subversion and Negativeland. More can be found at http://krewnalisciach.blogspot.com/ 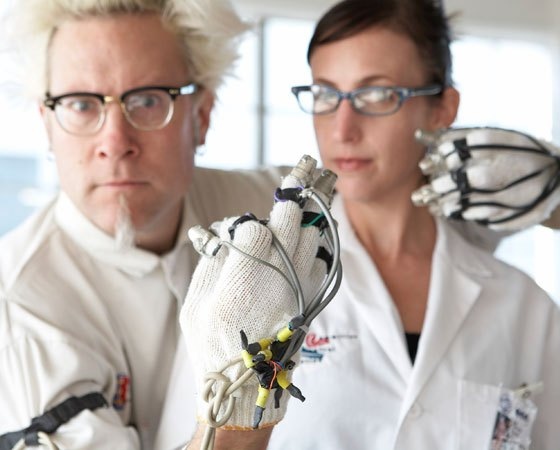 Residents a
This residency was organized in cooperation with Headlands Center for the Arts and financed by Trust for Mutual Understanding.