Talk with Aya Lurie, director and chief curator of the Herzliya Museum of Contemporary Art

within the frames of Curating Institution series

The question about the contemporary position of exhibition institutions dealing with contemporary art directs attention to the critical potential of a given institution. Usually, museums and contemporary art galleries are expected to take specific positions on social, political or economic changes: they often become hostages of ideological and propaganda games. Regardless of the position they occupy, these institutions are an important element which provoke or complement long-term knowledge production processes. In the national changes we are now observing worldwide, attempts to shape identity seem to be risky, but it is the museums and galleries dealing with contemporary art that have the knowledge and experience to make the question about identity and the nation open and critical at the same time.

As part of the Curating Institution project, prepared by the Ujazdowski Castle Centre for Contemporary Art, Aya Lurie, director and main curator of the Herzliya Museum of Modern Art in Israel, has been invited to reflect on the issues of nationality and museology in the process of shaping the identity of Israeli art. At the same time, thinking about what this identity is and how to work with it today. Aya Lurie will present a certain part of the history of Israeli museology, starting with the first collection of art presented in Israel - Bezalel - established by the artist Boris Schatz in 1906, which became a prominent part of the Academy of Art and Design in Jerusalem. The next subject of the lecture will be Zionist ideology, which was the foundation for the first Israeli art museum - Ein-Harod Kibbutz Museum in 1938. The Herzliya Museum, which has been trying to combine the policy of remembrance with working with local communities, will be presented at the closing.

The event will be held in the Workspace, a new space inside U–jazdowski made available especially for artists and viewers.
Workspace is located behind the bookshop, next to the gallery on the ground floor.

The meeting will be conducted in English with a translation to Polish. 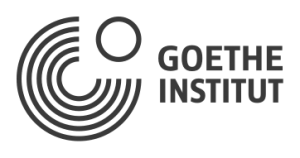