Posters by Ukrainian artist Andriy Yermolenko and Polish artist Wojciech Korkuć are presented in the courtyard of the Ujazdowski Castle from 9 to 26 May 2022. Most of them were created after 24 February 2022 and document the Russia’s invasion and the heroic resistance of Ukraine.

“An exhibition of posters by Andriy Yermolenko and Wojciech Korkuć at the Ujazdowski Castle Centre for Contemporary Art could be titled Achtung Russia, Achtung Putin or even Putin, idi na ch… ” – says curator of the show. “Each title would be fitting, but Victory Day has a deeper and more important meaning. It refers not only to the date of the show’s opening – 9 May, but also the expectations and hopes for a real victory day, when Ukraine – supported by allies – will finally defeat the enemy. In a sense, Ukraine has already triumphed. The heroic resistance of Ukrainian people in the face of the invasion, which Andriy Yermolenko supports with his posters, is a victory of freedom over imperial dictates and terror. We believe that, eventually, this victory day will come and Putin will be defeated, Ukraine will regain its raided territories, and the famous poster Achtung Russia, which was created by Wojciech Korkuć following the occupation of Crimea by Russia in 2014 will finally lose its ominous relevance.”

was born in Kyiv in 1974. He graduated from Taras Shevchenko National University of Kyiv, where he studied chemistry. In the past he was the artistic director of the magazines Chas.ua, Profil and currently heads Ukrainian Week. He is the author of animation projects for STB and Channel 5, a member of the artistic group, Association of Free Artists and took part in numerous group and individual exhibitions.

was born in 1967 in Mińsk Mazowiecki. He is a graduate of the Faculty of Graphic Arts at the Academy of Fine Arts in Warsaw. In 1993, he obtained his diploma in the Poster Design Studio of prof. Mieczysław Wasilewski. He designs posters, press illustration, and visual identifications. In 1996, he founded KOREKSTUDIO. 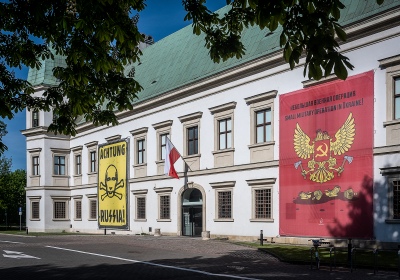 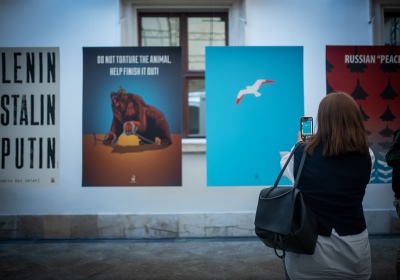 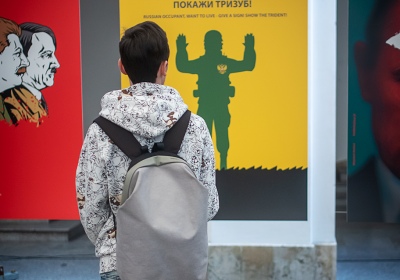 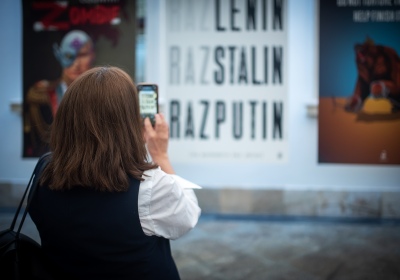 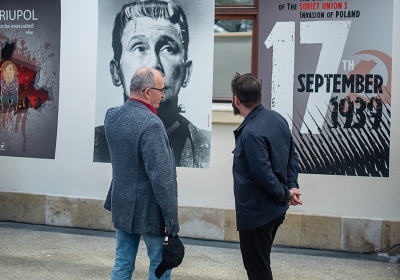 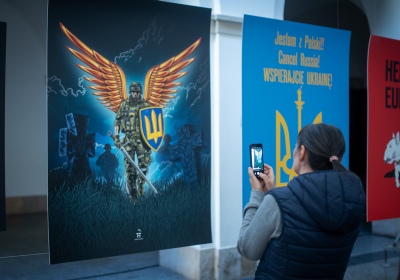 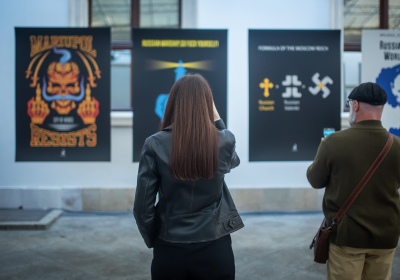 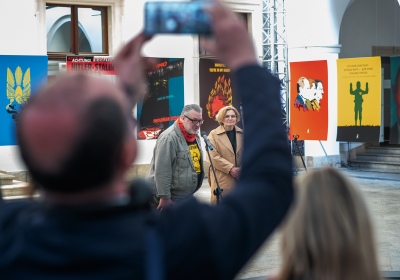 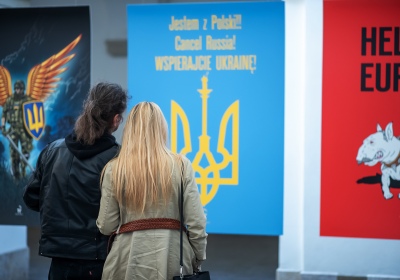 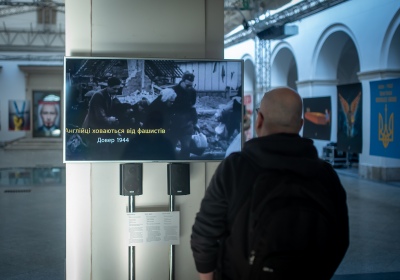 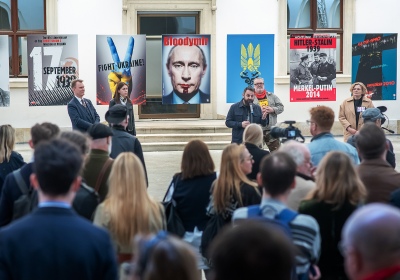 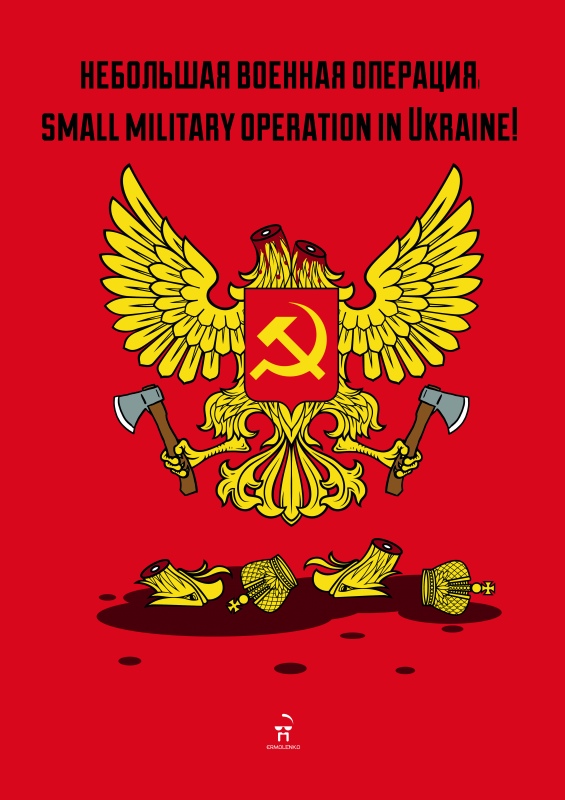 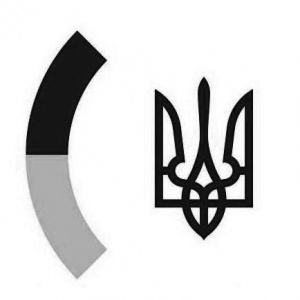 The exhibition has been financed by [Фінансування]