Walking the city in disarray​

During a three-month artistic residency at the Ujazdowski Castle Centre for Contemporary Art, Brazilian artist and architect Vitor Cesar has been exploring Warsaw. Being a permanent resident of São Paulo, he was unable to avoid comparing both the metropolis and reflecting upon the meanings of the terms that are commonly used to refer to both cities. How is private space understood in both Warsaw and São Paulo? How about the a public or chaotic space? Do these meanings remain the same in different urban contexts?

The work is based on the terms, words and ideas that emerge from speeches reporting experiences in the city related to its urban landscape and intense transformation. From these observations are developed posters that carry the multiplicity of perceptions, agreements and disagreements, contradictions and ambiguities in the construction of different perceptions of the city. Construction of texts – amphibologic sentences* – considering its graphical appearance, starting from observations and speeches which emerges from artist’s experience in Warsaw.

* The amphibology is the term used to define a grammatical error: a syntactic ambiguity 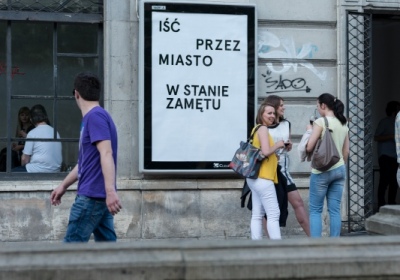 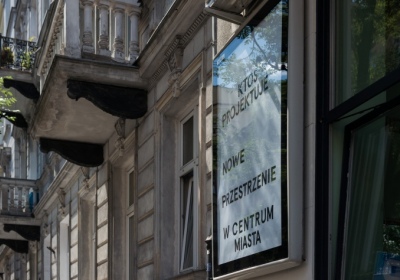 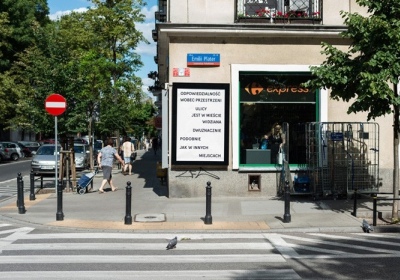 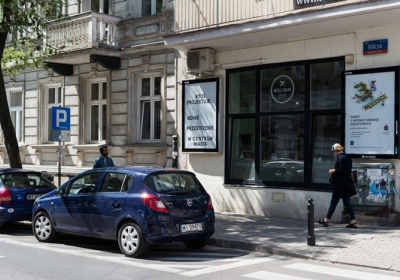 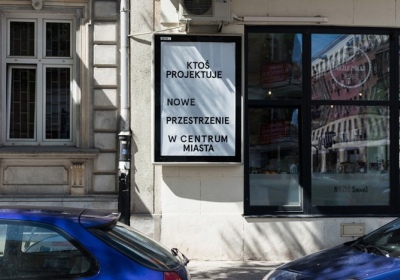 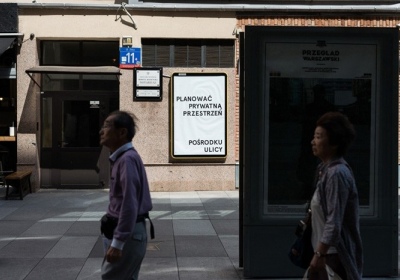 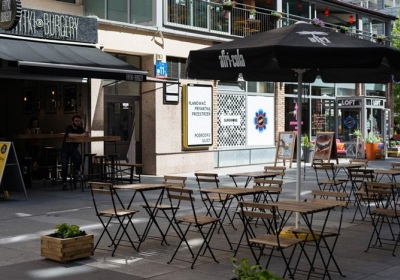 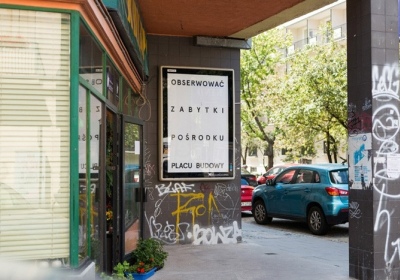 Project in the frame of the exhibition What Is Social? Activity of the Ujazdowski Castle Centre for Contemporary Art in Public Space (1988–2014).