​At first I thought I was dancing

At first I thought I was dancing is the first presentation in Poland of works by El Hadji Sy–Senegalese artist, curator, and activist, who led art communes in Dakar.

Born in 1954 in Dakar, El Sy is one of the key figures of the West African art scene after its independence. The artist himself says that he does not paint, but "enters into the painting." Since the 70s, when he began his career, El Sy literally stomps on the canvas. "At first I thought this was dancing. Then I realized that I wasn’t dancing but kicking [the canvas]. After that experience, kicking became an instrument within a general economy of composition. My foot became the brush with which to paint a systematisation of the trace of the body". El Sy painted by kicking the canvas, in order to "kick out" colonial cultural tradition. That gesture of kicking, the radical negation of the West, has become the artist’s signature. Through this gesture, he not only rejects the figurative canon in the visual arts, promoted by the Senegalese President Senghor and the École de Dakar, but also the entire Western tradition of painting, which is based on the intellectual relationship between "hand-eye," while the most natural cultural forms of expression in his country are more connected to dance, movement, and singing. "The tradition of creating art in Africa is something communal. When you make something, the community is involved in this process. It’s the community that accepts it. A work of art becomes a social object, extended and embellished by the community. And in it, it is reflected". El Sy paints on empty rice and coffee sacks, on the paper used in butcher shops or on the silk intended for kite production, arguing that the base should be as leather, imperfect and prone to change.

Although he enjoyed the support of the first Senegalese President Léopold Sédar Senghor, El Hadji Sy openly protested against the cultural policy of the state, creating a number of artistic groups and places of radical artistic experiments, such as the Village des Artes – a village of artists built from the bottom-up. Along with the members of this as well as other collectives (Laboratoire AGIT’ART, Tenq, Huit Facettes), he created ephemeral events based on mutual relations and cooperation with local communities. The artist repeatedly boycotted the prestigious events to which he was invited to: the exhibition Magiciens de la Terre at the Centre Pompidou in Paris (1989) and the Biennale in Dakar (1992), when in protest he exhibited his works on the street. At the same time, together with the German linguist and art patron Friedrich Axt, he gathered for the Weltkulturen Museum in Frankfurt a pioneering collection of Senegalese contemporary art and published the first anthology on the Senegalese art scene. After exhibitions at London's White Chapel Gallery as well as the Biennale in São Paulo, the artist gained global recognition. Always a great admirer of his work was David Bowie, who in 1995, after the artist's exhibition at the Goodman Gallery in Johanessburgu, began collecting his work.

The exhibition at the Ujazdowski Castle Centre for Contemporary Art will include a selection of over 100 works of El Hadji Sy and several Senegalese artists invited by him to the project, as well as recordings of performances along with rich documentation of his individual actions and within groups. 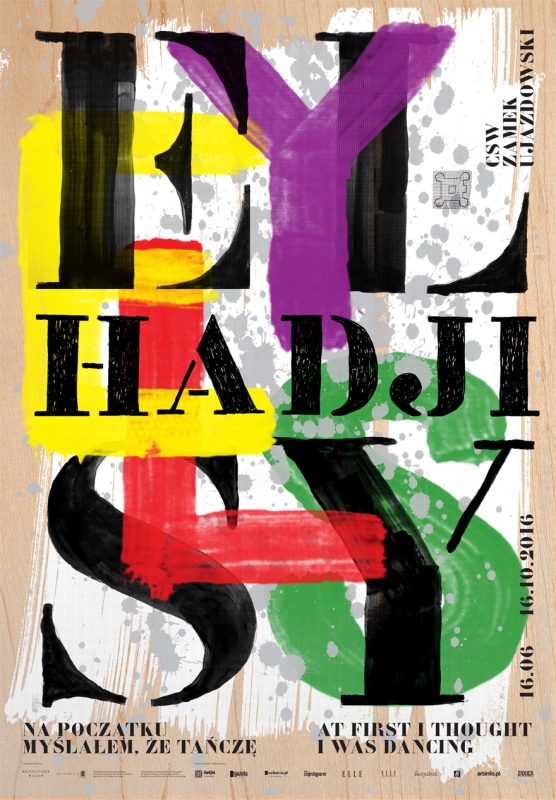