The independent music scene is one of the most fascinating artistic, economic, and cultural phenomena in Polish contemporary art. Independent record labels and the artists associated with them form distinct visions of musical experiments from the bottom-up, and for the most part, without institutional support. This dynamically developing marvel is a counter-proposal to institutionalized culture and the commercial music market. The {Record Labels} project means to show and spread the creative phenomena and attitudes reflecting the evolution and the state of Poland's independent scene. It is a kind of confrontation between tradition and modernity, presenting a broad spectrum of musical genres, as well as practices and performance techniques.

Polish record label with experimental music run by Maciej Mehring and Michał Porwet since 2007. Their catalogue counts more than 150 titles with ambient music, post-rock, industrial, electroacoustic and many more. Zoharum releases Polish and foreign artists, well-known musicians as well as debutants. They publish records on CDs, vinyl and cassettes. Apart from releasing records, they co-create Hard Art  magazine and co-organise various concerts, festivals and artistic events. Their mission is to spread interesting music. 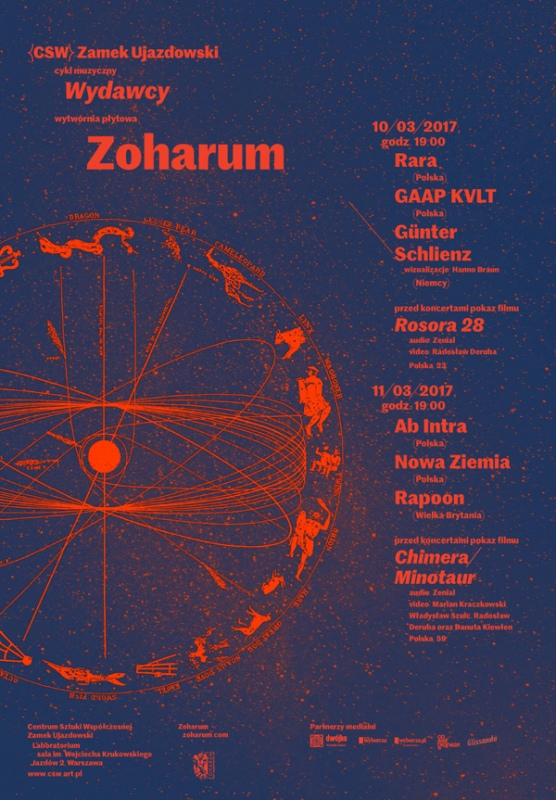