When you enter the territory of Palestine, or rather the complex entity that is the Palestinian Authority, you become helpless on various levels. Not because the Israeli army occupies and controls, in both military and economic terms, a major part of the Palestinian territories, and not because the separation barrier is an insult to the dream of a world free of discrimination and human rights abuses. A contemporary form of colonialism has been perfecting its cunning ways here, and it is extremely depressing to realise that, against our will, we are all part of a huge machine of tacit acceptance for the situation in which the Palestinians find themselves.

I first visited Ramallah in 1992. That was before the founding of the Palestinian Authority, before the erection of the Israeli wall by poorly paid Palestinian workers, and before the Oslo Accords, the 1993 agreement that was to solve the Palestinian-Israeli conflict, but in fact only added fuel to the fire. Ramallah, then a relatively small town set in a picturesque location on the hills of the West Bank of Jordan, was accessed from Jerusalem by way of a six-door Mercedes taxi – a cross between a luxury vehicle and a bus. The taxis waited in line in front of the Damascus Gate, where groups of pilgrims from all over the world enter the narrow streets of Old Town. The trip didn’t take long; after all, it is only sixteen kilometres as the crow flies.

Today, covering the distance takes an hour at best, and a whole day at worst. The road, once straight, has been blocked; the new one winds and zigzags its way. You need to negotiate the infamous Qalandiya checkpoint, a major border crossing point established by Israel, which serves to control the Palestinians’ mobility and their access to Jerusalem, considered by both states as their capital. It also serves to discourage foreigners from travelling to the Palestinian territories. Large multilingual signs warn that it is dangerous and poses a potentially lethal risk.

Behind the wall, a different world begins, one that fits neither the stereotypes conveyed by sensation-hungry the media, nor by the Israeli narrative, seeking to justify the State of Israel’s treatment of the Palestinians. Nothing is simple or obvious here, everything has its complicated, dense history, comprised by the ambitions of greater and lesser leaders, described since Biblical times, familiar from grand religious narratives. Above all, however, it is a history of the people living here as well as of the millions of refugees who since the 1948 exodus, or Nakba, have been dispersed around the world or living in several dozen refugee camps in various countries in the Middle East, including in Palestine itself.

One needs to make do in this reality, and one lives from day to day, the future is uncertain, planning makes no sense. Various instruments of social life are developed in an effort to co-opt the abnormal and provisional. Resistance against obnoxious forms of oppression takes place in all kinds of ways. Those that are practiced on microscale, in the simplest activities of everyday life, emerge naturally and become rooted in social life as vital for identity, dignity, and hope.

Noticing those practices – the songs sung by the refugees, renewing their relationship with the land, discovering the power that caring for plants gives you, the importance of every meal cooked with love – is within art’s ambit. In such a reality, the smile is a practice of resistance, a refusal to give up.

Today, Palestine is a shrinking archipelago. Israel’s expansion and the seizure of ever new stretches of land for Jewish settlements continue every day despite international protests and boycott campaigns, despite reports exposing the mechanisms of the incessant conflict the region remains mired in.

To be freed from a sense of uncertainty and temporariness is something that people of the world desire today. Mounting chaos, caused by the decisions of irresponsible politicians, elected through democratic procedures, an impending climate catastrophe, anti-government protests erupting in various countries, and growing radicalisms all produce a precariousness that is felt and experienced around the globe. In today’s Palestine are focused all those crises that may define our future – with the acute problem of water scarcity to begin with – as well as wonderful examples of human solidarity, virtue, ways of circumventing the destructive, of producing practices that will restore what’s best about human activity.

Attempts to imagine the future often come across as unspectacular. Artists are great at identifying and then highlighting them, lending them visibility and introducing them to public debate. That is undoubtedly where the power of the art practices undertaken as part of Everyday Forms of Resistance comes from. Shedding light on the Palestinians’ daily reality, they offer us tools for scenarios of a wiser future that is still within our reach. 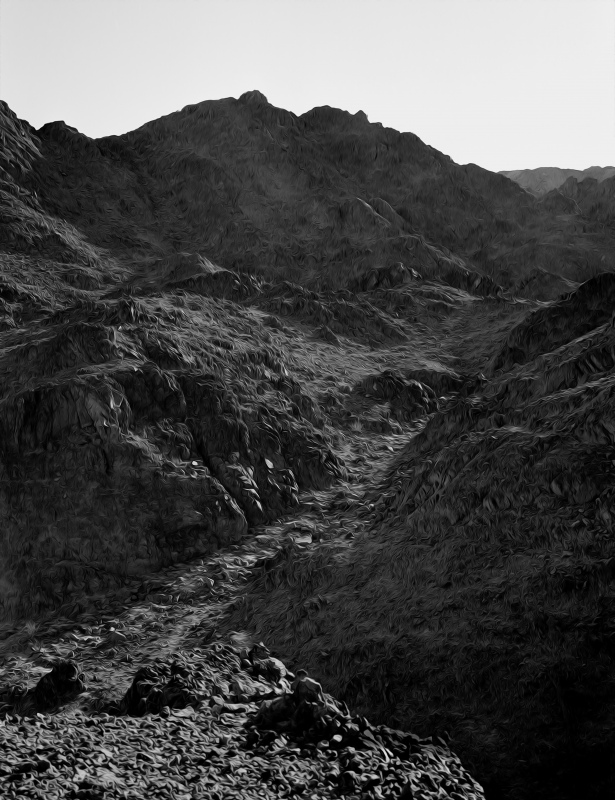 A war that isn’t a war

Every song knows its home

A place which can heal

A tuning of sensitivity