Sound of Culture–Culture of Sound

"Sound of Culture–Culture of Sound" (SoC–CoS) is a European network of artistic residencies based on cooperation amongst such centres as Q-O2 (Belgium), Binaural / Nodar (Portugal), Hai Art (Finland), DISK (Germany), and the residence program at the Ujazdowski Castle Centre for Contemporary Art in Warsaw.

The focal point of the project is the mobility of young artists, curators, and researchers of sound art, who, within the frames of their residencies throughout various centres in Europe, are taking steps to involve the public in creative activities, and whose material is sound and the sound environment. In-depth studies are being carried out concerning the sound aspect of human culture as part of the residence, as well as open workshops, concerts, sound installations, performances, and informational actions for local communities meant to popularize the issue of sound in culture.

The Warsaw edition of SoC–CoS aims to react to the actual problems in the city soundscape – research on sound in its political and ecological aspect.

In 2016, the sounds of demonstrations and political protests became a very important part of the sonic environment of Warsaw. Organisers of these events were rarely aware of just how important a role sound can play during protest. The activities of sound artists Donia Jourabchi and Davide Tidoni, invited to partake in the residence at the Ujazdowski Castle Centre for Contemporary Art in June and July 2016, were linked to the topic of the acoustic design of demonstrations, politics of sound, and the critical potential of soundart. The sound, in this case, is considered a tool that can be used by the citizens to express their political opinions and stand up for their rights. Residents cooperating with Warsaw artist Edyta Jarząb and Cafe Kryzys were searching for new strategies of designing the sound of political protest and protesting through the use of sound; they organized workshops and improvised sound interventions in public space, but also actively participated in the ongoing demonstrations. The ongoing research on political activism and sound will be summarised in the form of short publication, whose launch is expected to take place in the Autumn of 2016.

In 2015, inspired by the Castle's location near Łazienkowska Road, the dynamic urban spaces of Plac Zbawiciela (Savior Square) and Marszałkowska Street, as well as the tranquil surroundings of the Royal Route and Łazienki Park, residents Caroline Claus and Juan Duarte concentrated on urban sound ecology and sound interventions in the particular acoustic environments of the Ujazdowski Castle Centre for Contemporary Art neighbourhood. Sound ecology is a relatively new field of artistic expression, research, and urban planning – developing since the 1970s, the concept of soundscape stresses the importance of clarity and diversity of the sound environment in human life. The task of the artists residing in Warsaw in 2015 for creative residencies was to undertake actions in public spaces, with the goal being to arouse an interest in city sounds with the residents of Jazdów and other districts of the capital. "Opening the ears" of city dwellers translates into their everyday sound practices, and long-term, into changes in the sound environment, aiming to make the soundscape of Warsaw more aesthetic and friendly (both for humans and for other species of "listeners" living in the city). Both Caroline Claus and Juan Duarte organised workshops for local sound artists and researchers. Effects of the workshops were presented during events within the frames of the Ujazdowski Castle Centre for Contemporary Art festival Jazdów Archipelag. In December of 2015, the publication Urban Sound Design Process by Caroline Claus was published. 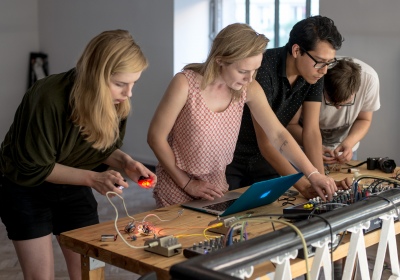 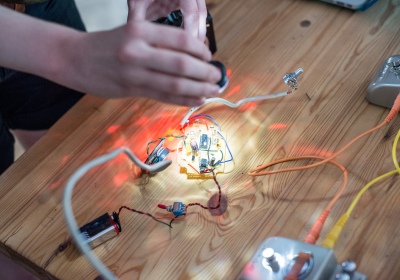 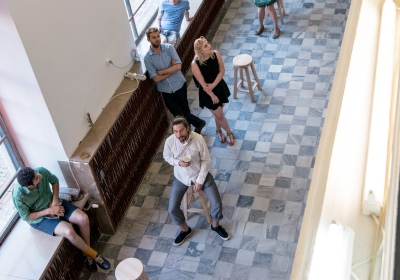 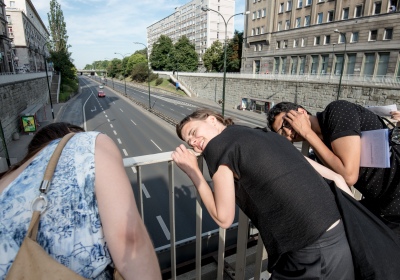 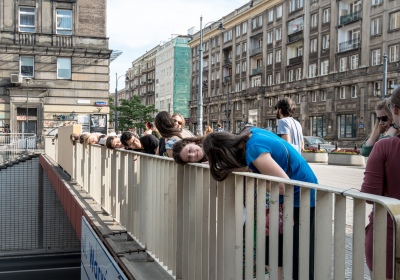 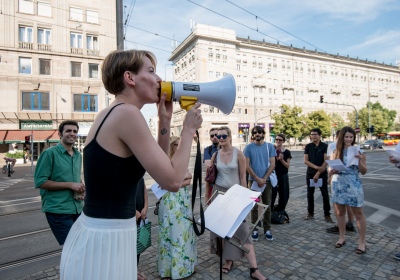 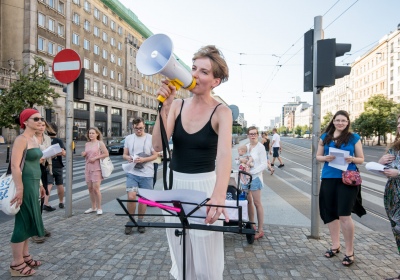 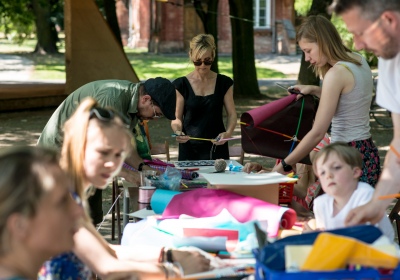 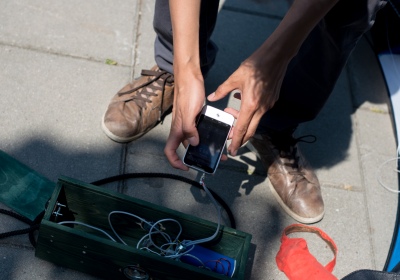 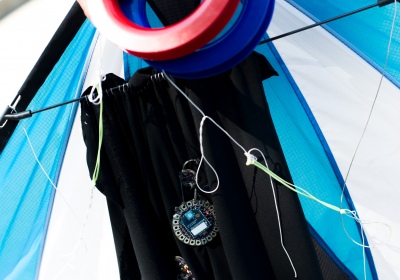 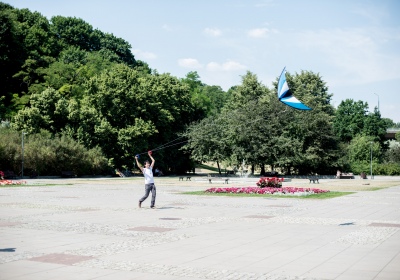