Liesbeth Bik and Jos van der Pol have been jointly active as Bik Van der Pol since 1995. They live and work in Rotterdam, the Netherlands. Their working method consists in providing conditions for encounters. Once those are created, the artists develop a process that allows continuous reconfigurations of places, histories and publics. Through their practice, they strive to articulate and understand how art can produce a public sphere and space for speculation and imagination. This includes forms of mediation through which publicness is not only defined, but also created.

Invested in the public domain in general, shaping our physical and psychological space through rupture and negotiation, the artists ask: how, if at all, can members of the public access that space and influence its formation? How can art serve  as a ‘tool’ generating forms of knowledge? What factors determine access or lack thereof? How is the psychological experience of space affected by urbanisation, communication, exchange of information and mediatization of politics? Who or what is (the) public? Who ‘owns’ the public domain, who shapes it? Who decides, and who listens? What can art do? Their practice is site-specific and collaborative, with dialogue as a mode of transfer, a “passing through”, understood etymologically as: “speech across or between two or more people, out of which new understanding can emerge”. Bik Van der Pol perceive the element of “passing through” as vital: it is temporal, and implies action and development of new forms of discourse. Their practice is both instigator and a result of this method.

During their residency, the artists undertook an investigation of the collection and archive of the Ujazdowski Castle Centre for Contemporary Art. In the process they closely collaborated with a curator Joanna Zielińska. Having the collection close at hand, and ability to access all the material related to the ‘collection at large’, aimed to support everything that is necessary to reimagine the art center and its collection, and to develop a project for fall 2019. The collection of the Ujazdowski Castle Centre for Contemporary Art was the tool while the questions mentioned above served as vehicles: catalysts and factors within a dynamics which is, at the same time, vast and global and extremely local. An important thread was to verify how performative artistic practices were reflected in the artefacts collection and/or in the institution’s archive. Perceiving the centre as a performing institution was the starting point for potential role distribution and the creation of a script focusing on the premise of who was looking or had received a mandate to look. A public programme was developed during the residency to create initiated public as a form of public making and making public). 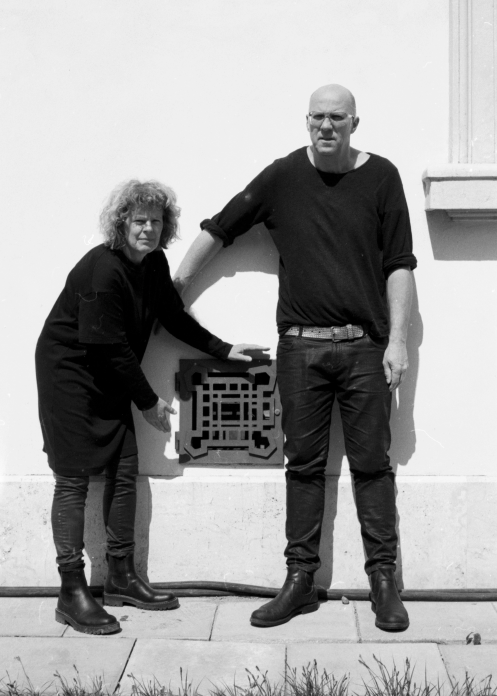 Residents a
The residency was possible thanks to financial support from the Mondriaan Fund and the City of Warsaw.