movies are the accumulation of situations in which she organized an intervention. The films are shown as a stream of consciousness with a constant switch of roles; the painting starts to speak and appoints its audience as the main subject in the show. Karina refers to these actions as a forced collaboration of unconscious live performances in which feelings are essential. The core of the movies is always a conversation, between people, or things.

How do you shape  a dialogue? What does the repetition of an improvisation mean? Karina surrounds herself with people, each one of them becomes an actor and an accomplice in her search for meaning in the trivial matters of everyday life. She has just finished her film trilogy titled Where Do the Characters Go When the Story Ends? 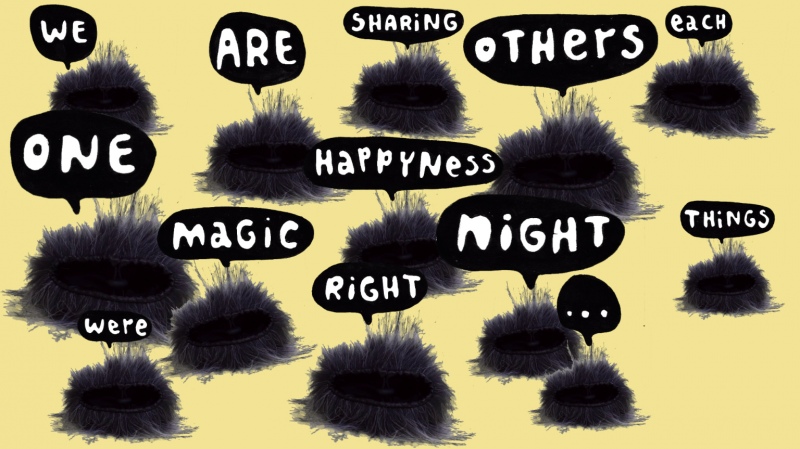