The installations that Michael Meier & Christoph Franz erect temporarily in the public-urban space or in exhibition contexts are to some extent symbolic. In a sense, they are a mix of sculpture, architecture and image. Their joint thesis was inspired by the phenomenon of urban transformation of the western suburb of Zurich, which is recently undergoing radical changes that deprive it of its historical authenticity. The authors decided to replace the past with a wooden simulacrum: under the highway bridge they built an exact replica of an old gas station, but the only material they used was wood. The simple materials not only emphasize the transience of the architectural intervention, but also provide them with great flexibility in reacting in quickly and precisely to this concrete situation.

The artistic duo were residents at the Ujazdowski Castle Centre for Contemporary Art in 2013 within the framework of Learning from Warsaw project. 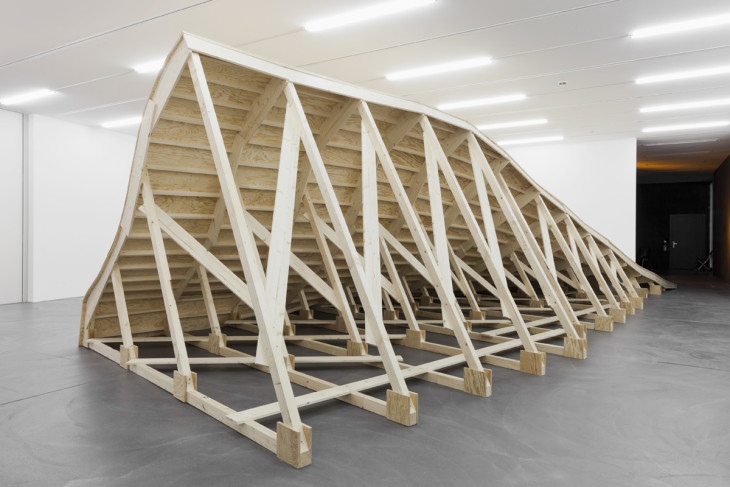 Residents a
This residency has been possible thanks to the financial support of the Swiss Arts Council Pro Helvetia.