Care about Water and Bathe with Friends

Urban wetlands – swamps, lakes, rivers; fountains and ponds, as well as the structure of underground watercourses with drainage pipes, and groundwa­ter – combine into the thematic focus of this year‘s Jazdów Municipal Garden. The water geography and geology of the city are a constant inspiration for architecture and art, but also for communal ac­tivity, hence our rallying cry ’Bathe with Friends!‘ Water is a broad social metaphor; it is the liquid that binds, shapes and lubricates the urban fabric. Nevertheless, as the urban planner Matthew Gan­dy notes, ’the metabolic relationship between the body and city remains largely hidden. We become aware of it only in crisis, when there is a failure, disruption or contamination‘.*

In a plumbed city, the private and public realms are also separated, and they meet only in the intimate space of a stan­dardised modern bathroom.

But it is enough to take a glance at the geolo­gical landscape of Jazdów to realise that it was created by elemental waters: first the collapsing Scandinavian ice sheet and later, the erosive im­pact of the PraWisła, the precursor of the Vistula River. Due to the presence of the impermeable layers of the Pliocene clay deposits, groundwa­ter accumulates here, causing the formation of numerous water exudates and springs at the foot of the slope. Once abundant, they served as watering holes and public spas. The 17th-centu­ry urban and architectural designs emphasised the area‘s hydrological merits. The Piaseczyński Canal and the water bodies of the Royal Łazienki Park came into being.

In their designs, the CENTRALA team take the area‘s geological and natural structure as their point of departure, viewing architecture as a func­tional complement to the landscape or indeed an enhancement of nature; the user-friendly aspect is a less important consideration.

The latest project by Małgorzata Kuciewicz and Simon De Iacobis – The Wetland Album – is a vi­sion of Warsaw that takes care of its wetlands, starting with bringing back the profusion of often archaic names for wetlands that have fallen into disuse. The authors want to give the viewers a different perspective, playing down the often spooky associations that remote watery wastelands had of old, and above all to demon­strate the merits of urban wetlands.

In turn, the duo of Hélène Soulier – a landscape architect who designs conceptual gardens, and Ewa Rudnicka – who is expanding the idea of Active Architecture, have put forward a blueprint for the development of the park around the Ujaz­dowski Castle incorporating the ponds. The land art composition entitled Dystopia provides a ple­asant and poetic space for relaxation, but is also a disturbing vision of a planet that is dying, buried under plastic.

On considering the state of water, the disruptions to its circulation, the melting gla­ciers, the rivers and lakes drying up, yet with flood levels rising at the same time, it is diffi­cult to appease the sense that the End is Nigh. Water made life on Earth possible – yet, con­sidering the state of today‘s polluted seas and oceans, it may also bring about its demise. The art and architectural works, excursions, walks and workshops that combine into City Garden Jazdów are focused on the importance of taking care of water.

This is the final edition of the project. We have teamed up with artists, architects, sportspeople, green activists and our institutional neighbours to experiment with different ways of reviving the surroundings of Ujazdowski Castle. In the years to come we will continue to explore the artistic potential of the location but in a different format. The various editions of the project to date will be the subject of a book to be published in 2020. 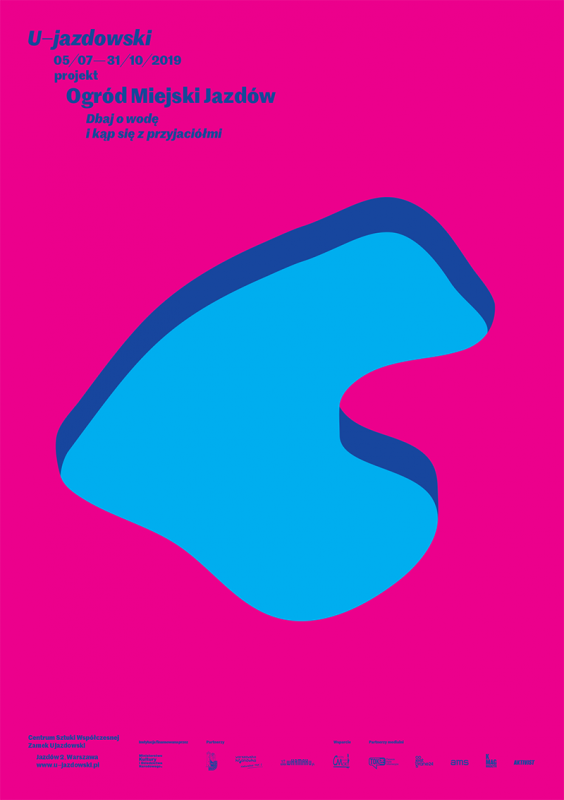 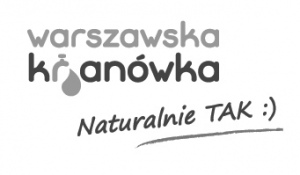