Twenty-three artists from Belgium, Iran, Kuwait, Lebanon, Pakistan, Poland and United Arab Emirates took part in the KURZ / DUST / غبار exhibition. They represent different generations, some of them being highly renown in the artistic world, others young and at the beginning of their artistic path. The common denominator of their work is the attempt to confront matter. Dust, as the theme of the exhibition, is a concept through which diverse experiences are manifested.

Dust is ubiquitous, it is everywhere and is everything, just as in a desert or in the air of the cities. This meaning resonates most powerfully in the Arab and Persian word “ghobar”. The Polish word “kurz” makes one think of the everlasting work of eliminating dust and its constant recreation. The English word “dust”, on the other hand, reflects a small particle on the verge of visibility, a mental bit and non-material entity. There is something unpleasantly real about it, and at the same time something absolutely essential, says the exhibition curator Anna Ptak.

In this exhibition instead of being an object, dust is, in fact, a process linking people and things, bodies and geographies. Therefore, the subject of the exhibition is how to translate this process into art and experience the empowerment of matter and the environment through the work of art itself. Some of the works have been created especially for this event. Many of them speak with the universal language of the contemporary artistic practice and break down the cultural barriers and historical or geographical experiences. Ali Cherri (Lebanon) will show an installation inspired by the post-war photograph of the destroyed city of Warsaw, symbolized in a tidied up rubble heap with the intact church of Saint Augustine in the background. Vartan Avakian (Lebanon) is preparing a miniature sculpture made of crystals precipitated from the organic remains, found in various iconic places of the world, including the Warsaw Palace of Culture. Barbad Golshiri (Iran) touches upon the topic of the ultimate. One of the gravemarks created by the artist will be displayed at the exhibition. It is a stencil which Golshiri made for a family who was prohibited from marking a grave of their loved one in Iran. Re-printed with soot, it serves as a remembrance, over and over, of a person condemned to being forgotten.

In addition to the artists from the Middle East, the exhibition will also feature artists from Europe and Poland. In a series of photographs Mikołaj Grospierre recalls the work of the Japanese artist Noriyuki Haraguchi Matter and Mind. A big pool filled with crude oil, displayed at the Museum of Contemporary Art in Tehran, had been a mirror reflecting the cultural policy of the Museum management for years. The collection of art from the West assembled by the Museum was described by The Guardian as the the largest and the most significant collection outside of Europe and America. Due to social conventions, however, it remains closed in a warehouse and is inaccessible to visitors. In his pictures Grospierre deals with topics present in Haraguchi’s work, adding a modern context and illustrating the` prevailing emptiness, which echoes in the art of the Japanese artist. Wojciech Pustoła will carry out a performance The Cut during which he will transform a block of marble into the main subject of the exhibition – dust. The Belgian artist Jurgen Ots, who is living and working in Warsaw, will show large format collages created out of book spines. These collages are a result of Otse’s fascination with the Polish custom of hanging window curtains. Their abstract forms and patterns, observed by the artust, have been recreated with paper.

The Ujazdowski Castle Centre for Contemporary Art is an institution which has a unique history. For over 25 years it has shaped the language of the contemporary art. This is what we want to continue. We want to show the interdisciplinary nature of art, its social function, and create new art works by working together with artists and through developing residential programmes. We will continue to seek the place of art in today’s globalized world. CCA is a space of artistic quest, research and experiment. All of these elements will be present in the first exhibition of the new season kurz/ dust / غبار, says Małgorzata Ludwisiak, the director of the Ujazdowski Castle Centre for Contemporary Art.

The exhibition design should be noted as a significant dimension of the exhibition. Created by Krzysztof Skoczylas, a landscape designer, architect and graphic designer, active on the intersection of art and design, it is in dark shades and built on elements present in all cultural institutions. Forgotten mugs, unused elements of exhibition design and other findings kept for years in the Ujazdowski Castle Centre for Contemporary Art warehouses, have gained a second life and become the architecture of the kurz / dust/ غبار, amplifying the message of the art works.

Sound will also constitute and important element of the exhibition. The Lebanese Praed music group, which was founded in 2006, will play at the opening. Praed draw their inspiration from popular Arab music, free jazz and electronic music, highlighting the trance elements. They have performed in England, Switzerland, Egypt, Holland and Canada. A month after their performance at the vernissage of the KURZ / DUST / غبار, they will start touring in Japan. More information can be found on the website of the group: www.paed.ch/praed 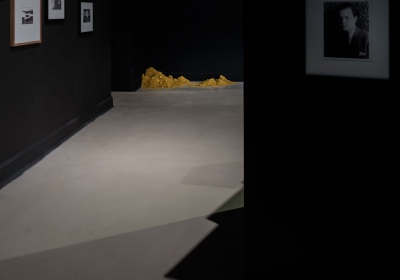 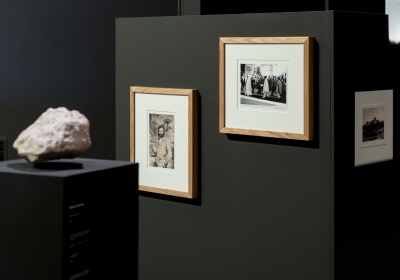 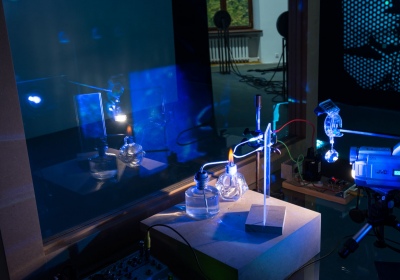 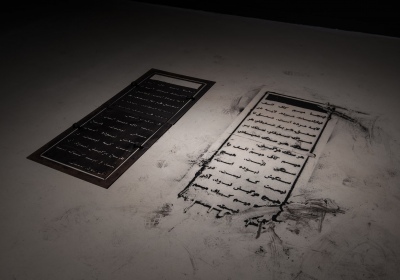 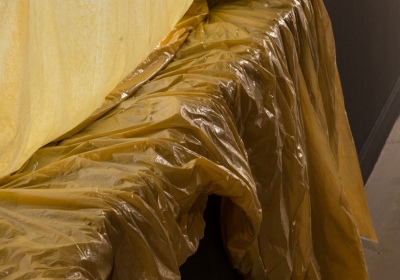 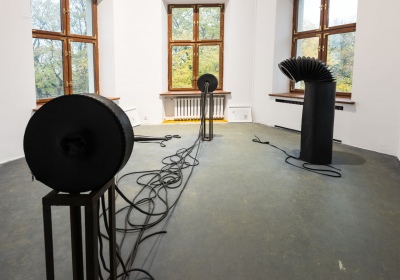 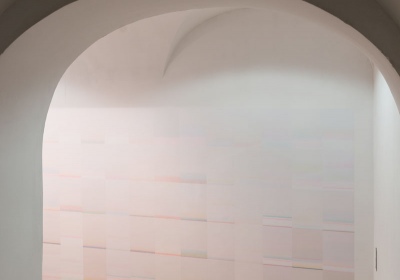 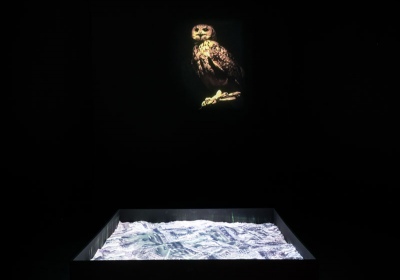 Exhibition has been initiated in the framework of the Re–Directing: East project organized by the Ujazdowski Castle Centre for Contemporary Art. 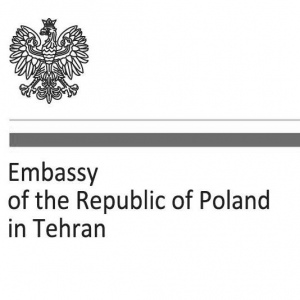