Maja Bekan’s 23 Assemblies is a performative exhibition/live installation that sheds light on the ties between art and everyday life and politics. The point of departure is stories of small collectives: two collaborating artists, a neighborhood association, groups of women tied through family and running a small business. This is the artist’s first exhibition in Poland and the final stage of the work she began in Warsaw in 2014.

During Maja Bekan’s exhibition 23 Assemblies five rooms will be put on show, constituting a remix of her works from over the space of ten years. These will be constructed situations shown through video documentation, live actions, or records of previous activities. They raise the issues of participation, intimacy, resourcefulness, or cohabitation. The protagonists of Maja Bekan’s work are often women: artists, activists, as well as students, retirees, and people seeking a place for themselves in difficult economic circumstances.

The title of the exhibition, 23 Assemblies, evokes meetings between strangers (as during a play or a demonstration), social gestures (hospitality, visits, going out), friendship and cooperation, in which the artist sees elements of social choreographies. They are called to life through a combination of time, bodies, and emotions, a performance which involves the participants’ perception and reflection. This exhibition is also made up of various “technologies” to assemble them: from Skype conversations and the bond between mother and daughter to shared living and working environments.

23 Assemblies speaks of reconstructing stories from everyday life, striving toward self-establishment, the promise of a brighter future held in joint projects. Bekan’s work uses her own biography, art institutions, and relationships she makes in creating her art as a field of interventions. She introduces collectivity to the core of artistic activities. The exhibition is a meeting place for the protagonists of the work created by the artist for almost a decade. Their social status is filled with uncertainty, particularly in terms of work and major changes experienced at the intersection between personal biography and geopolitics.The artist’s interventions involve both subtle parody and a highjacking of the emancipation schemes presented as available to women. Bekan herself believes that her model for involving others in cooperation comes from her mother and from women whose ideal of business is carried out in direct sales networks, or gaining skills in performing various services. She speaks of this in the installation and film titled Golden Party.

One of the tactics used in 23 Assemblies is the juxtaposition of the protagonists’, the artist’s, and the institution’s various ways of reaching the truth, which we call “a performance.” In speaking of this Bekan uses theatrical events, the film of a joint expedition to “the source,” archival work, and the process of creating a work of art. What she puts forward is an immersion in everyday stories, in various moments of their occurring and their telling. This approach paves the way to some interesting discussions – about the conflict between historical narratives and contemporary social divisions.

Maja Bekan is a visual and performance artist who makes installations based on the written word and videos. She often delegates the execution of her performances to her collaborators, generally amateurs, and other artists. The situations she constructs might well pass unnoticed, were it not for the element of artistic fiction (such as the shift in place, time, or backdrop color).

Over the course of the exhibition a group of volunteer artists will work on a model for a new sculpture on Oleandry Square, at the open backyard of a Socialist Realist housing estate that is part of Warsaw’s MDM [Marszałkowska Residential District]. From 1969 to 1992 a sculpture Alfons Karny made in 1928 was exhibited here – Nude Boy (Kazik). This activity will be accompanied by group readings of texts on the agency of art, discussions, and presentations open to the public. Among the guests taking part in the program are: The Oleandry Association, who are exploring the “disappearance” and recovery of the sculpture, as well as artists and participatory and performance art scholars: Maria Pask, Annette Krauss, Gunndis Yr Finnbogadottir, Zofia Cielątkowska, Ewa Zarzycka, Binna Choi, Annie Fletcher, and others.

The exhibition and Warsaw project by Maja Bekan have been created in the framework of the Ujazdowski Castle Centre for Contemporary Art residency program and fall in line with institutional work tied to experimentation and research on the format, production, and presentation of art. The exhibition will also include work and documentation created since 2008: live actions, films, in a set design assemblage. 23 Assemblies is also an attempt to work through the theme of the exhibition in the context of performative activities, going beyond the formats of the archive, spectacle, or manipulation of the viewer toward a synthesis of critical, cognitive, and choreographic operations. 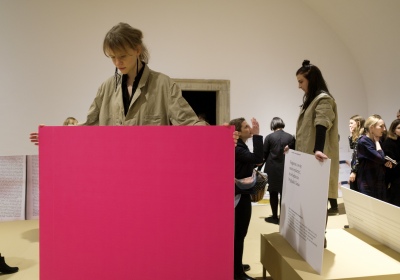 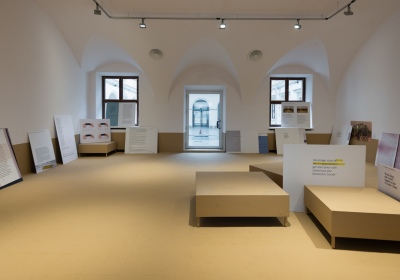 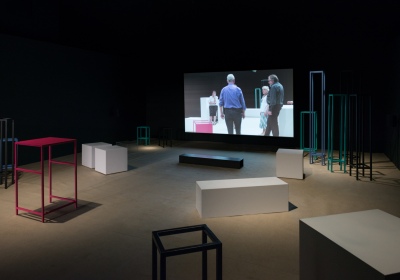 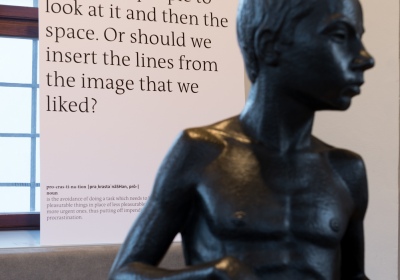 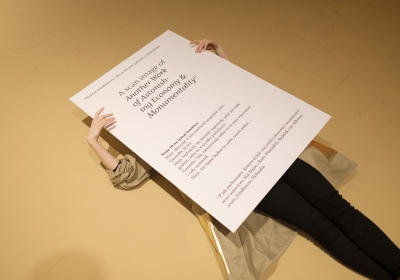 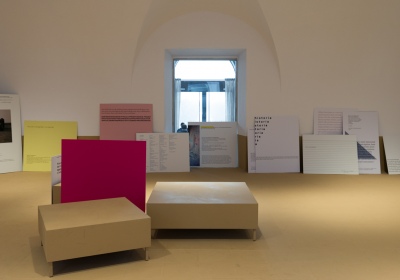 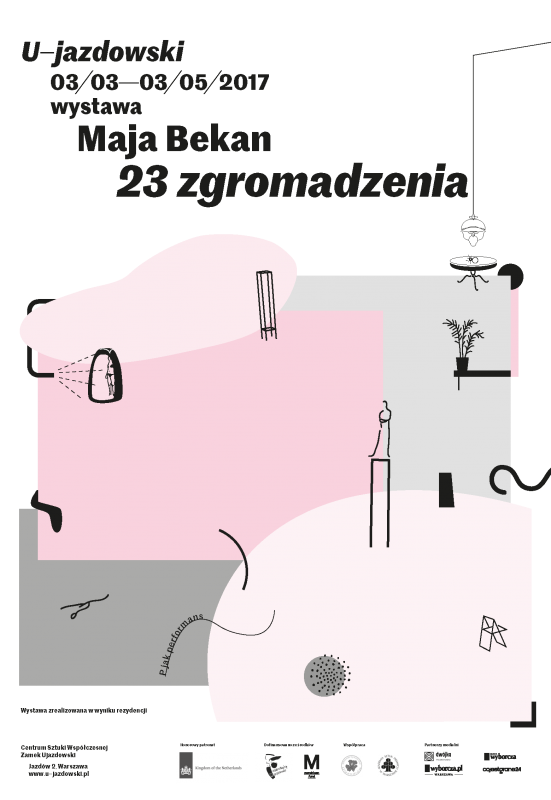